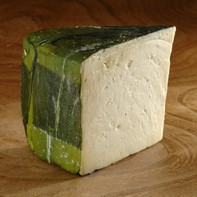 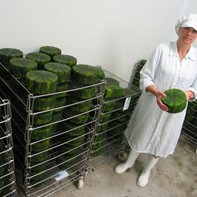 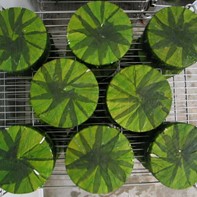 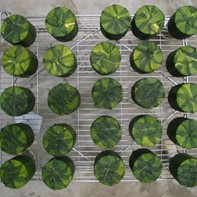 A moist cheese with a fresh, clean taste. Here the covering is not nettles - as per 'normal' Cornish Yarg - but naturally grown wild garlic leaves. Think Caerphilly in a dark green overcoat. 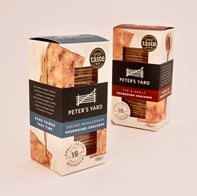 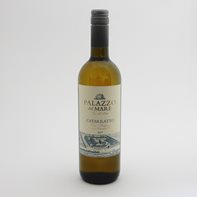 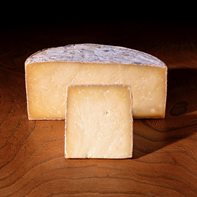 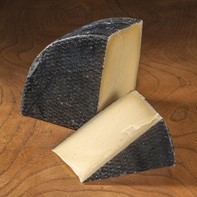 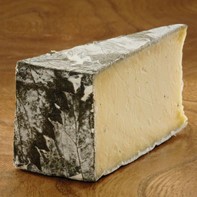 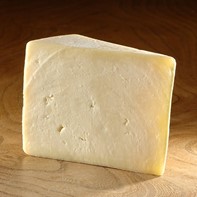 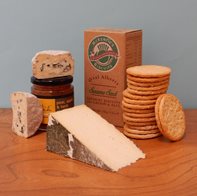 A Box For One
tell me more

Lynher Dairy are one of the larger cheesemakers we deal with - they employ about 25 people. And when you roll up to their extremely smart, and quite large, dairy at Ponsanooth, between Redruth and Penryn, it's very clear that this partcular maker has moved a number of rungs up the ladder.

Alan Gray - the original maker of Yarg (and who reversed his name to come up with 'yarg') - had a minor stroke of genius when he decided to cover a lovely light-tasting, Caerphilly-esque cheese with nettles. The result is very singular, and one that - on a taste level or an aesthetic level - just works.

On a trip down to Lynher I met Catherine Mead, current owner of the business (it's gone through a couple of hands, and migrated west from its original home on Bodmin Moor) who shows me around the really very

impressive building. As we move around Catherine greets all the staff very warmly. The banter in the 'nettling' room - with the four women who put the nettles on - is especially good. They obligingly allow yet another visitor to photograph them as they apply one leaf after another. It's very carefully done: the pattern isn't random, and they also choose the leaves with care to make sure the cheese is well covered without too much overlapping. There's more to nettling than you think.

In a sad postcript to our chat, Catherine tells me that they used to get all the milk from their own farm and other local ones. They can't do that any more - becuase a number of local farmers have been driven out of dairying. By chance, the day I was there, BBC News reported that half of all dairy farmers have gone bust in the last 10 years. And we import milk. Does that make sense?