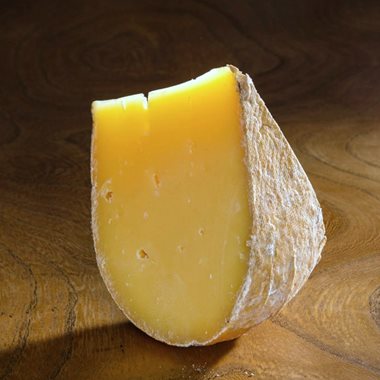 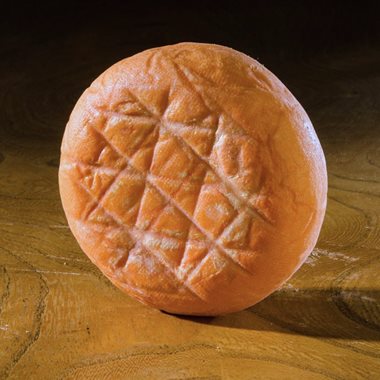 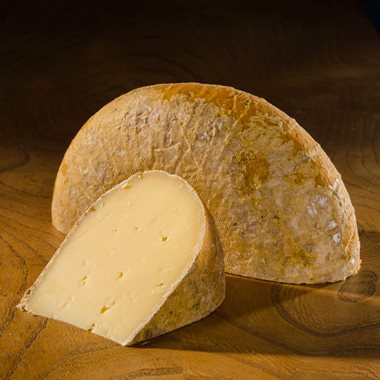 Wyfe Of Bath is a cheese that's been around for over ten years. It comes from Park Farm - near Bath - where farmer Graham Padfield, son Hugh and team make a set of organic cheeses that started, back in the 90s, with Bath Soft and its very close relative Kelston Park.

Bath Blue followed in the early 2000s, and to complete the family Graham felt a hard cheese was needed, and in due course Wyfe of Bath appeared. Name from Chaucer, character from Gouda via Graham and his herd of Park Farm Frisians. A succulent, nutty, creamy cheese - its taste just says buttercups and summer meadows.

Now, though, they're maturing it on from the original ten weeks to one year plus, hence Extra Mature Wyfe Of Bath (pictured top left and right) which James and I love: it has a big taste that just glows. And they haven't stopped there, because someone came up with the idea of washing the rind with their farm-produced cider so they started to experiment with that, also pressing the cheese to give it a denser texture. The result - Merry Wyfe (middle, top) - is a pungent, sticky-rinded and very colourful cheese which is a great addition to our range.

Both cheeses are organic, pasteurised and vegetarian. 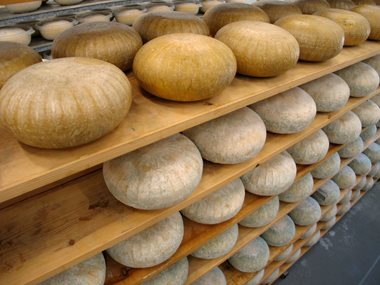 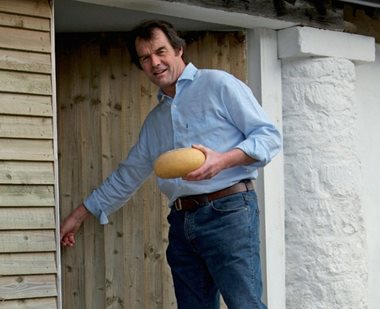 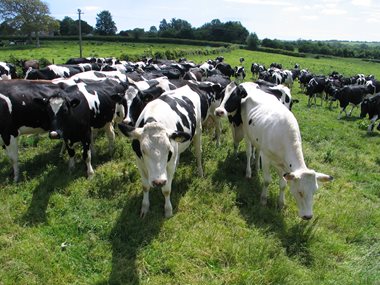