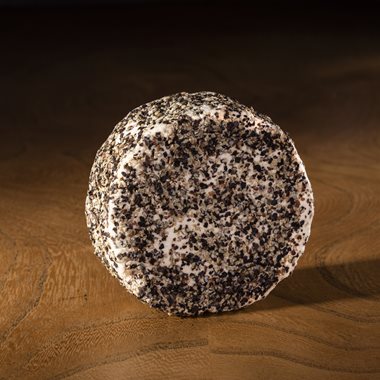 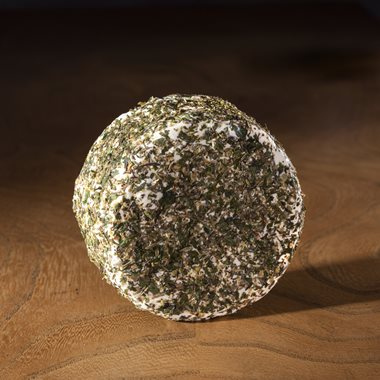 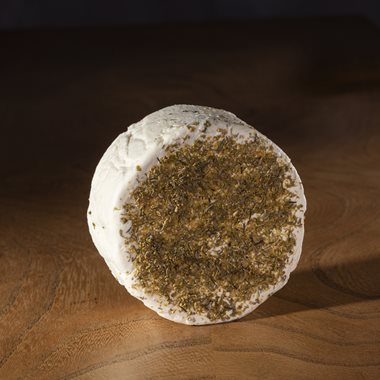 One of the things we’re keen to do is bring you the widest range of different cheese types that we can. That’s why - with 12 years experience behind us and a list of over 100 cheeses - we get excited about things that seem a bit different, or somehow fill a gap.

But even when you’re on the lookout, you can still be left with gaps that are hard to plug, and one of those ‘absences’ - for quite a long time now - has been fresh cows’ milk cheeses.. It’s a particular style of cheese, and - for whatever reason - they’ve become hard to find, at least in our home region of the Westcountry.

So what is a ‘fresh’ cheese? Simply, it’s a cheese that is made very quickly: ready to eat in as little as a day. Whereas with most cheeses time is a factor - time in which flavour will deepen, a rind will develop, the cheese will dry out and get firmer - here the whole point is that it’s a quick process. Cheeses made like this are all soft and moist, they’re rindless … and they’re mild. And that last point is important, because it’s their lightness of flavour that has traditionally led makers to add various flavourings, either in the cheese or on its outside. Across the continent there are all sorts of interesting examples with quite odd things - like nuts or the grape skins left behind from wine-making - added (and in Scotland there’s Caboc, which is covered in oatmeal!) but herbs and crushed peppercorns are much the most common.

When Susie and I were on holiday in Corsica a couple of years ago, I was struck by the number of cheeses like this we saw in (wait for it!) the local Spar shop. All small and locally made. And that got me thinking, because I realised that we weren’t selling anything quite like this.

Back in 2006 - when we started - Cornwall’s Lynher Dairy was making some, but then they decided to just concentrate on their great success, Yarg. Then Bocaddon Farm went into it - but they closed after a family tragedy knocked the heart out of them. And, still in Cornwall, there was the remarkable Menallack. They did some mixed cows-and-ewes-milk cheese we loved (one of them featured lemon rind as decoration and flavouring), but then the owner retired and that was that. Which left us with a couple of fresh goats’ cheeses but nothing in the cow department.

Anyway, to cut a long story short, we asked a local south Devon dairy to make some specially for us … the results were good, so we had them made every December, to go in the special Christmas boxes. But, because we really liked them, it seemed a crying shame not to be able to have them year-round … so we’re going to give it a go, and you can now buy three different versions of this cheese, which we call Parke, Pepperdon and Drogo.

They’re all basically the same cheese, which - being made with milk that is both unpasteurised and from Jersey cows’ - has a double headstart in the creaminess and flavour departments. They all have a bit of garlic added, but then they go their different ways. Parke (named after an estate just outside Bovey Tracey where Dartmoor National Park is based) is rolled in mixed herbs, whilst Pepperdon has a similar coating of crushed black peppercorns. ‘Pepperdon’, incidentally, is a hamlet just up the valley here. The most unusual one, however, is the last of the three: Drogo. Here we use what I think is a really rare flavouring: fennel pollen (it’s quite potent so is just sprinkled on the top of the cheese). I think this one’s really exciting - and it might be unique. And what or where is 'Drogo'? It's a castle - designed by Edwin Lutyens and reputedly the last to be builti in England. Castle Drogo is a few miles north from us.

We created some labels inspired by the style of the Corsican cheeses I saw - just a simple black and white illustration with text around the outside. Simple and unpretentious is the idea.

So there you are: Parke, Pepperdon and Drogo. I do hope you like them … and that there’s enough interest for us to be able to keep them on the shelves! 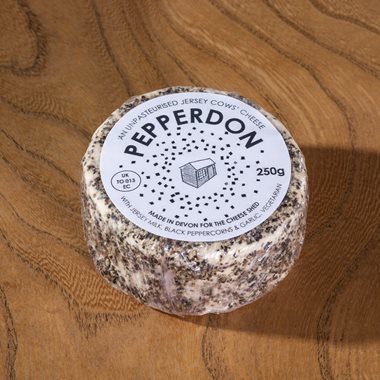 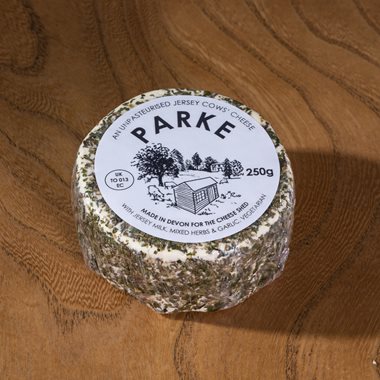 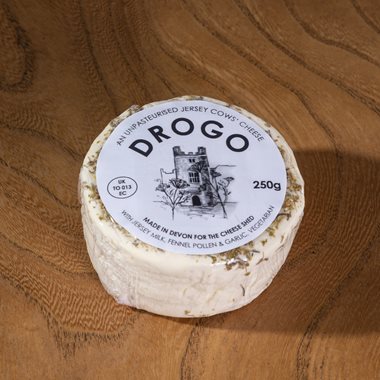