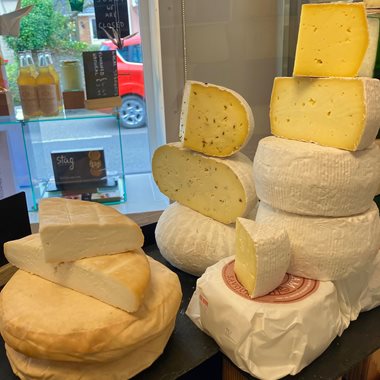 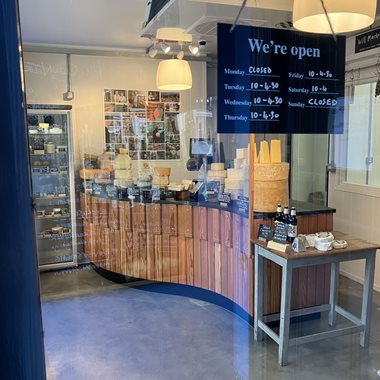 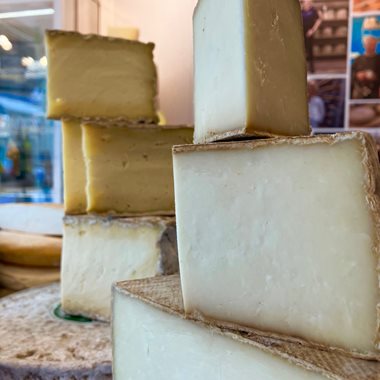 Our ten year anniversary is coming up. Hard to believe, but it was one day in May 2006 that I switched on the computer up in the old blue shed to find that a lady from Honiton had ordered some Keltic Gold. And with that significant birthday coming up, I've been looking back over some key aspects of the business.

Cheese wedding cakes are definitely one of those. As we got the The Cheese Shed away, I was dimly aware that there was this idea of stacking up cheese to make a sort of alternative wedding cake, and fairly quickly - that summer - we were asked to do the first one. I remember that I got the size of Wild Garlic Yarg wrong - not realising it was a different size to the normal nettle-covered version - so the proportions of the cake weren't what I'd intended. So straight away we could see that it wasn't quite as simple as you might think.

We started to offer 'off the peg' cakes (Haytor and Zennor, two of the originals, are still on the site). Stacks themed in white and black and white colour schemes came in, whilst another one was inspired by, and named after, a famous Plymouth landmark. Hilarious photo sessions took place in a tiny studio where the brilliant Annie Howes transformed stacks of cheese into extraordinary visual statements, grappling with photographer Bim's banter - and his insistence that work should stop for the daily Popmaster quiz on Radio 2 (where as far as I could see the answer was always 'Kites, by Simon Dupree and The Big Sound').

The cakes got bigger - and smaller; we added the Cakebuilder tool to give our customers control of the process; wedding bundles came in ... and the orders kept going up as more and more people became attracted to the idea. Last year we sent out over 1000 - and they've gone to every corner of the country, from Shetland to the Scillies, from Southend to Londonderry.

And in 2016, if you - or anyone you know - has a wedding, party or celebration coming up, do take a look at what we have to offer. We're still having fun creating big stacks of cheese, still loving seeing the photos of peoples' creations, and - as our feedback tells us (have a read!) - we seem to be generally getting it right! 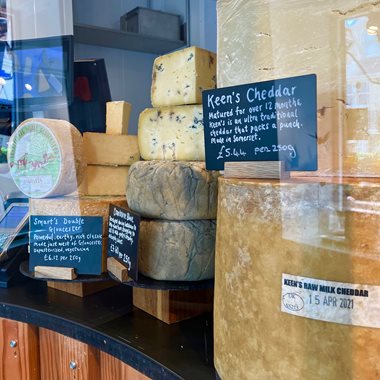 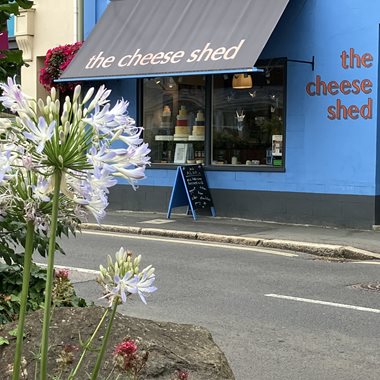 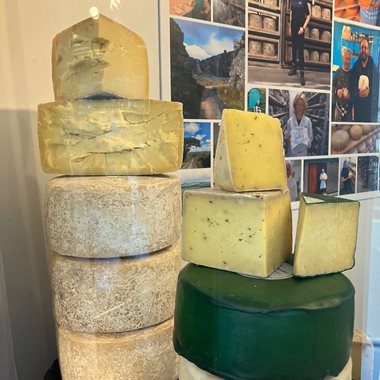