One of the things we've wanted to do for a while is to have a few more cheeses that are unique to The Cheese Shed. We did actually start this a couple of years ago with the trio of fresh cheeses we call Parke, Pepperdon and Drogo, but it's taken a while to organise a follow-up.

This has finally arrived, though, with 'Bovey Straight' on sale in the shop today. For this, we've followed the model that's very common in France and Switzerland, where the making of the cheese is separated from its maturation. The maker hands the young cheese over to what they call an affineur - someone who matures and develops it in one of several ways before it goes on sale.

Made in north Devon, matured by us. The cheese is made by Richard Drake up near Jacobstowe and he sells it at five months old, but what we do is to store it and mature it for another five months. So the Bovey Straights sitting on our counter today were made last August, arrived here in January and since then have been gradually developing. The result is a hard, crumbly, sweet cheese with a glowing, intense flavour -it's not a cheddar but it would do that job on the cheeseboard extremely well! It will be very much limited edition for the time being, with just a few available each month, and only in the Bovey Tracey shop for the time being (sorry!).

Also in the pipeline is a smoked goats' cheese which should be ready in a few weeks, and a very, very large ewes' milk cheese for early December.

Photos above l to r: cheesemaker Richard Drake, some Bovey Straights maturing here and one that's ready to eat. Below: the long, arrow-straight road to Bovey Tracey from which the cheese takes its name. 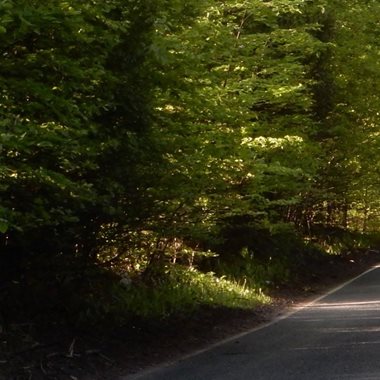 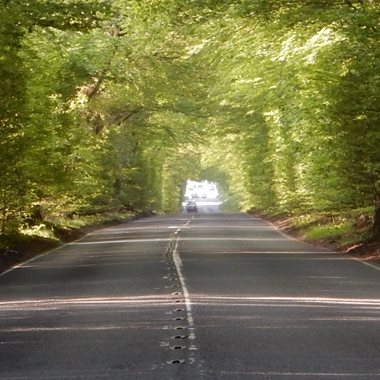 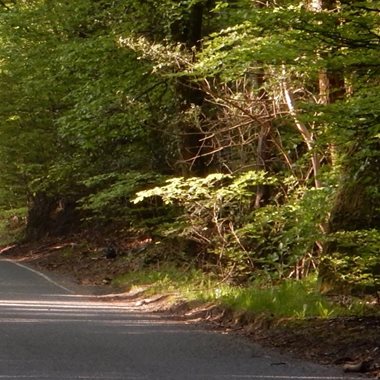