The Strongbox and Slow Down! Two New Hampers 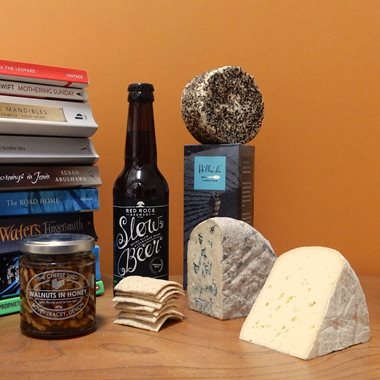 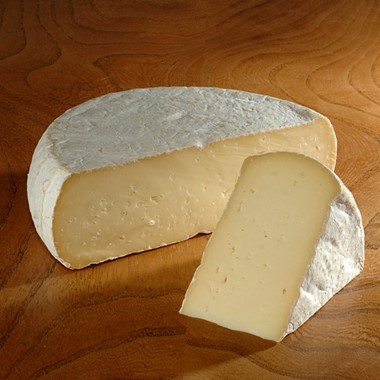 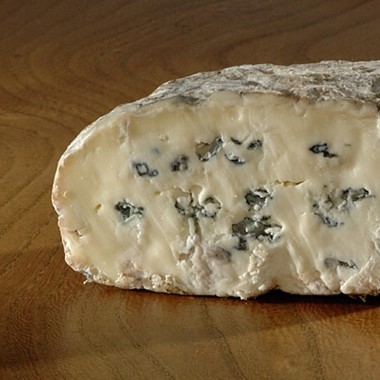 Inspired by a great local beverage, the Cheese Shed is inviting you to Slow Down (pictured above)... to settle in with a good book, three beautiful cheeses and a bottle of Red Rock Brewery's Slow Beer. In other words, it's an opportunity to read, drink, eat some cheese ... and not, on any account, to Go Anywhere or Do Anything.

On the cheeseboard for your afternoon of relaxation, three delightful cheeses which are most definitely 'off the beaten track'. Sharpham Savour is super-mellow, its flavour lightly tweaked by the use of both cows' milk and goats' milk (it's still a rarity!). Helford Blue is a dependable winner, plus there's one of our trio of exclusive fresh cheeses: Parke, Pepperdon or Drogo (see below).

Hillside's Sea salt and Poppy Seed biscuits tick the biscuit box (should that be barrel?), and (drum roll) for an extra helping of surprise and delight, there's a jar of our gorgeous Walnuts In Honey (with thyme and lemon zest). Slow Down! can be seen here.

I wonder if nowadays people are looking for bolder flavours than they used to? There are surely fewer and fewer takers for the sort of generic 'mild cheddar' that was on everybody's tables when I was little.* The more intense, complex flavours you experience with cheeses like these do seem to be the thing of the moment.

So that's why we've gathered a few of our more mature cheeses into one box, which we're calling The Strongbox (see below). If you know someone who likes hard cows' cheeses, and who likes them on the strong side (and who knows - that person might even be you), this is the one.

In it you'll find two year matured Quicke's Vintage Cheddar, extra mature versions of Cornish Gouda (also two years) and Wyfe Of Bath, plus 2017 Supreme Champion at the World Cheese Awards: Kern. A box of Rick Stein oat biscuits is included as standard and there's a choice of three different preserves (though you can also have it without).

One note: what we aren't offering here is some sort of cheese version of vindaloo. These cheeses will not cause you to hop around the room clutching your throat and you will not need to visit A&E. In other words, it's not some sort of macho WORLD'S STRONGEST CHEESE!! offering. It's just some cheeses that are more mature than the average, and therefore have bigger, richer flavours. The Strongbox can be seen here.

* Actually in our house we used to have some square block stuff bought at the Elm Bank Co-op in Paignton which went by the charming name of Medium Fat Processed, but that's another story! 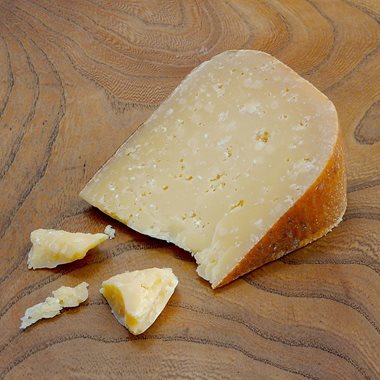 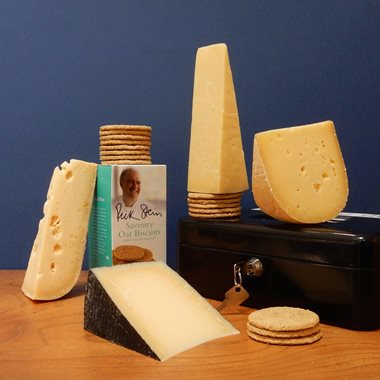 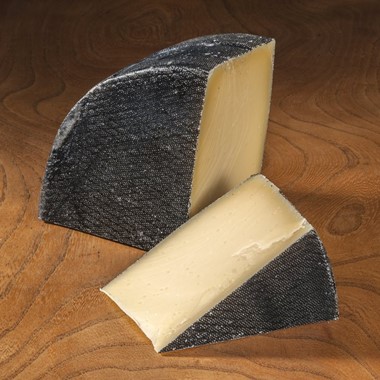