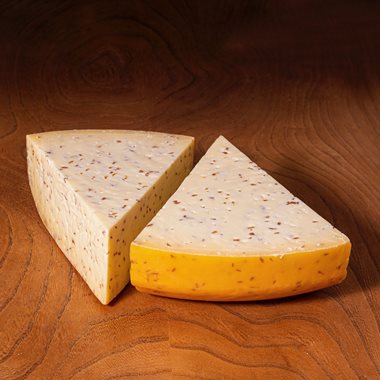 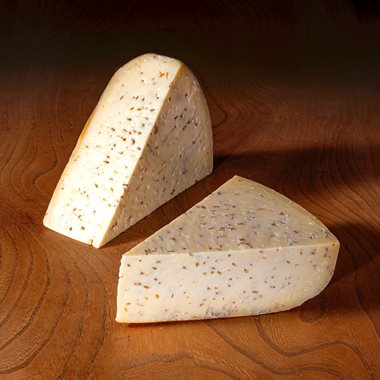 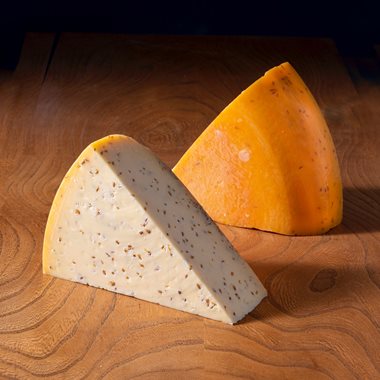 Over the horizon, across the River Tamar and in through the doors of The Cheese Shed come two new cheeses from brilliant Cornish Dairies.

Cornish Gouda with Cumin (above) is the first. Giel Speilings - and the Cornish Gouda story - was the focus of the very first blog I wrote here, so I won't go over too much of the background, but suffcie to say that Giel's stable of related cheeses goes from strength to strength (very strong in the case of the Extra Mature version). As someone who fell in love with actual Dutch gouda with cumin seeds, known as kumijnekaas, whilst working there in the 1980s, I was bound to be a taker for this, once he got around to making it! Suffice to say that it's another winner.

The other one continues Lynher Dairy's gentle move outward from the Cornish Yarg which they concentrated on for so many years. First came mega-prizewinning Kern, but now here's something else. The name made me sit up - because back when The Cheese Shed started (2006) there was a cheese called Stithians, but then it - along with other things like Cornish Garland and Cornish Tiskey - disappeared. Anyway, here in 2019 is the new Stithians (pictured below). A real winner with us, it's apparently just Yarg which has been allowed to mature for longer, and without the trademark covering of nettles. That's a surpise though, because in terms of texture and taste it really seems very different. May have to investigate further. 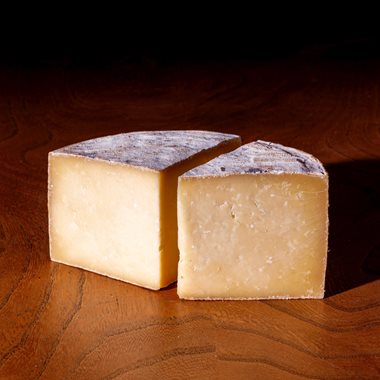 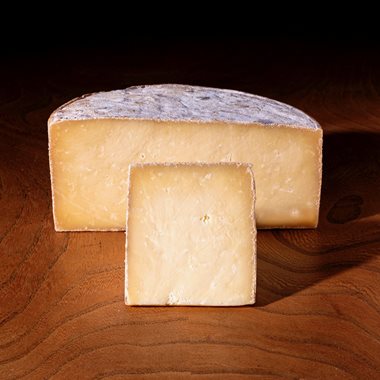 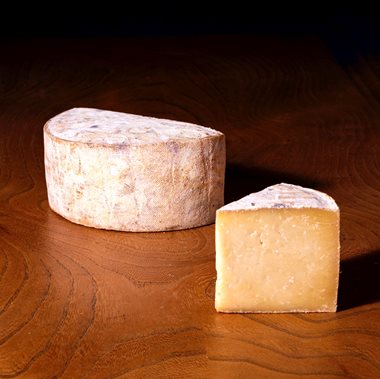