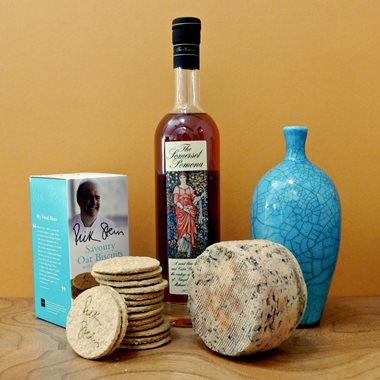 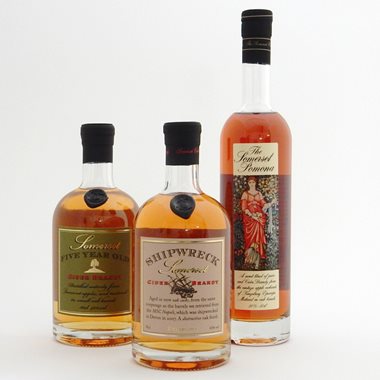 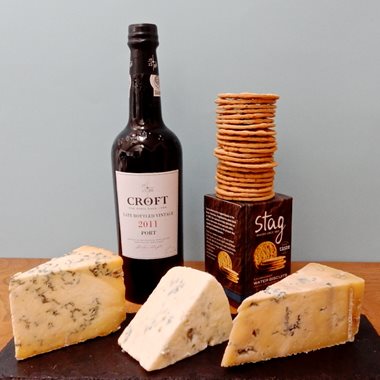 At River Cottage Festival we found ourselves placed next to Julian Temperley, the master distiller and founder of Somerset Cider Brandy. That's how we go to know about his 'Pomona' - a mixture of cider brandy and apple juice matured in oak casks. It's a beautiful digestif which Julian firmly believes could rival Port as an after-dinner drink to have with cheese.

At the Festival we supplied some cheese for a tasting, and sat in. One particular combination had the participants raving: Pomona with Cornish Blue. So now we've created Blue Moon, a box which brings both of these together. Choose from a 500g mini truckle of Cornish Blue (£26) or smaller amounts of three different blues.

NB We do still Port - of course we do! And if you're not to be budged from there, to take a look at our recently tweaked My Blue Heaven, which matches either Croft LBV or a half-bottle of Fonseca Bin 27 with three classic blue cheeses.

Another consequence of a weekend in the proximity of Mr Temperley was that we decided to up our game slightly with Somerset Cider Brandy itself. So now in addition to the  3-year-old version, you can find its 5 and 8-yr matured siblings as well.

Here's the place to go to see all three.