Finished / Unfinished: We Turn Our Attention Back To The Building 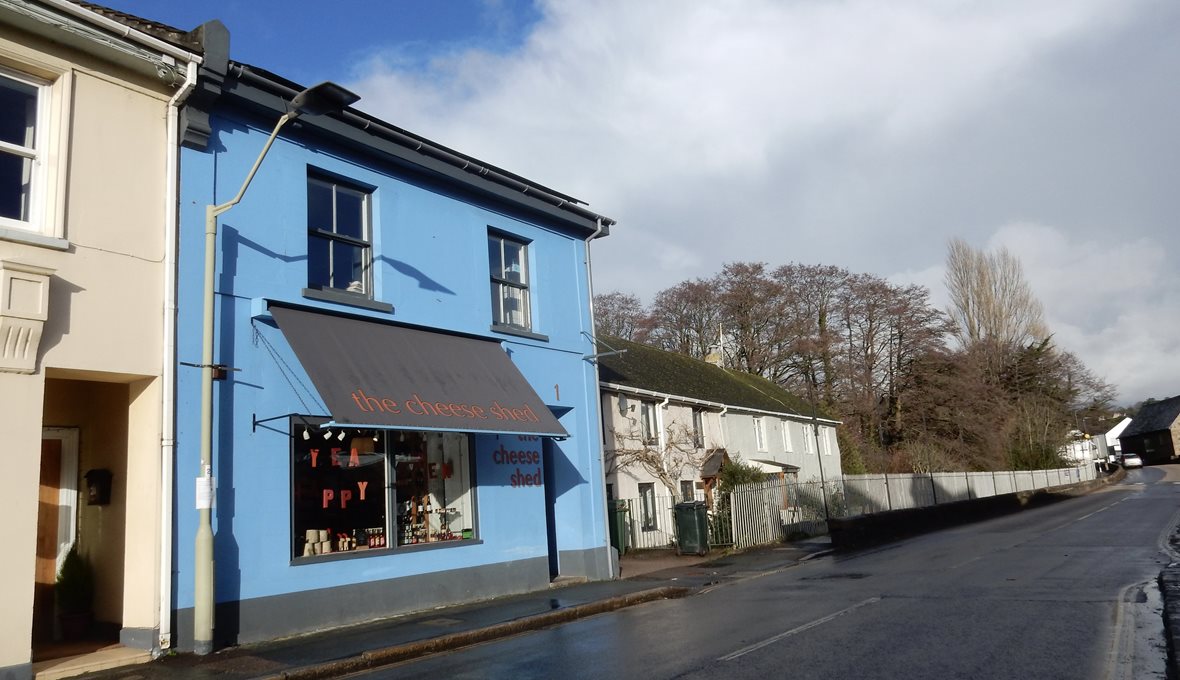 James and I got the keys to 1 Station Road just over three years ago. And in the first year, one of the things that we spent a lot of time on was improving the look of the building. Although it had much loved by previous owners Stuart and wife Liz (who was born there), I think even they would admit it was ready for a bit of sprucing-up.

Today the front looks pretty smart - in its coat of blue paint, with hand-painted lettering, victorian-style awning and restored sash windows on the first floor. The picture above shows you how it looks today, the one in the middle below shows the Bovey Handloom Weavers shop as it was.

All of which leaves the rear of the property looking a bit sad. Now, this is actually a very historic part of the site. The stone barn - separated from the main building by a courtyard - is much older than what you see from the street. It’s been a blacksmith’s (we inherited some of the horseshoes), and in the lifetime of James’s father there was a man working there who he described as a ‘tinker’. I imagine that as well as shoeing horses, this might have been someone who would repair your railings or your pots and pans when they needed it - a sort of local metalworker and mr-fix-it.

In 1938 it all changed when the weaver Angus Litster moved into no.1 and the barn became his weaving shed. Angus had come down from the Scottish Borders to teach weaving techniques at Dartington (where a tweed mill was being set up) and he liked the area so much he decided to stay. He and son-in-law Stuart were weaving their bespoke cloth for about 80 years between them. So as well as horseshoes we also have some shuttles from the old looms.

This whole area is a lovely space. The picture on the left below shows the courtyard and barn front on a reasonably sunny day in Angus and Liz's time. On the right - well - this is it on a dreary January day three and a half years on. It does look tired. And in the spirit of what we did at the front, I think we can both smarten it up and make it look more traditional. The rather tatty shingles will be replaced by larch cladding, in the vertical board-and-batten style. New windows will be put in, and the anachronistic shutters will go. It’ll look less like Heidi’s Swiss cottage, more like a barn in a small Devon town. Then a coat of new paint will go all around the courtyard.

Finally, the flowerbed will get a new planting scheme, including - I’m determined - a small elegant tree. The result should be a smart-looking space, shady and cool in summer, and somewhere that - who knows? - you might have the odd cheese tasting. Perhaps even with a glass of beer. Who knows? Anyway, as I write we’re awaiting planning permission and then the builders - the same team that did the main building - can get to work.

Below left: the courtyard and barn front as it was in 2019.

Below centre: the Bovey Handloom Weavers shop run by Stuart and Liz.

Below right: the courtyard today. 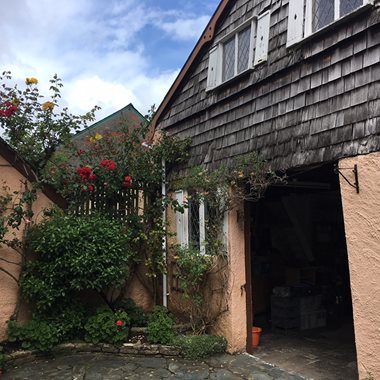 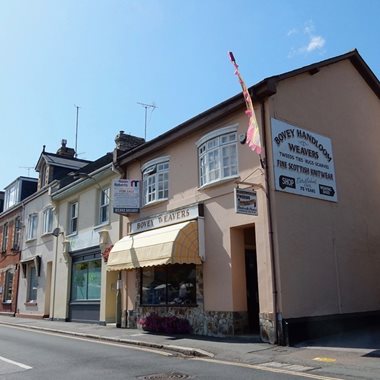 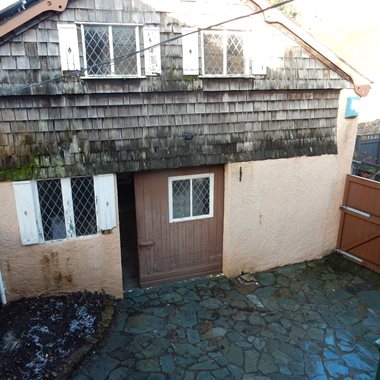