Move Over Cheese Cakes; Wheel In ... The Cheese Table

So What's a Cheese Table?

Something so obvious it's rather embarassing we're only doing it now - after 12 years. A Cheese Table is an off-the-peg selection for parties and events.

Supposing ... you're hosting a big gathering of people where cheese is required (and when isn't it required?), but you don't want a 'cheese cake'. You just want a great selection of cheeses which someone's thought out carefully - so that the quantity is right for your numbers, there's a great variety of flavours, they look good on the table and above all ... they're all of excellent quality.

Until now at The Cheese Shed you had to make up your own selection - with a bit of help from us, maybe, but basically, you had to do it yourself. That's where the idea of the cheese table comes in, and today I'm happy to present what should be the first of several, and we're calling it the Traditonal+ Cheese Table.

There are three versions of this, feeding 50, 75 or 100. The idea's a simple one: there's a core of four crowd-pleasing traditional cheeses, but we jolly the whole thing up by adding a set of small soft cheeses - all different - which add a whole bunch of different colours, textures and flavours.

The 'Traditional' cheeses comprise three tried-and-tested favourites - Quicke's Mature Cheddar, Cornish Blue and Cornish Brie - plus nettle-wrapped Yarg, which isn't really traditional but has become practically a national treasure over the last 30 years or so. We could have left it there, but then the idea of the 'plus' cheeses came along. These are all small, all soft and all completely different from one another. So there are things like ash-dusted soft goats' milk Dorstone, pyramid-shaped Pavé Cobble, or the glowing golden Helford Sunrise - and depending on which version you buy there are 4,5 or 6 of these little beauties.

So that's the Traditional+ Cheese Table: the cheeses are safe enough to please most groups of people, but the little soft extras stop it feeling too predictable and middle-of-the-road. Take a look!

The Cheese Shed and Events

We have a new page on the site called events - and this will be filled with ways to organise the cheese for - I don't know - a party, a function, a gathering, a meeting, any sort of 'do'! At the moment you can see some basic selections for a cheese party (like Cheese Party 20), some slightly more varied ones ('cheese spreads' like this one) and the Cheese Table I've been talking about above. And watch this space for other offerings that do the same job in different ways. 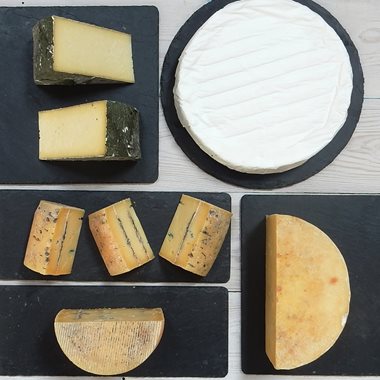 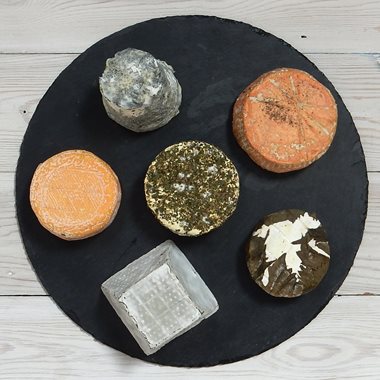 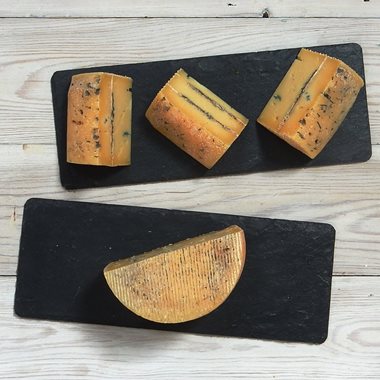