Cheese Wedding Cakes: With More Variety Than Ever Be-Four!

You may have seen us talking about our 'four quarters' wheels before. This is where we cut four quarter-shaped cheese wedges which are then pushed together to make a whole wheel. You can see them here. The cheese cake is stacked up in the normal way, except that one level is made up of four pieces.

It was James who noticed how many people were using these in cheese cakes they'd created using the Cakebuilder. And we could see why. Whereas a typical cake has a lot of whatever's at the bottom (it could be as much as a third or a half of the total), using the 'four quarters' idea gives you more cheeses, and evens out the quantities of each.

As always, we've thought carefully about the selection of cheeses in each, so that they have an attractive, balanced shape and offer a good range of different cheeses. Their special feature is that - thanks to the four quarters wheels - you'll be giving your guests a much greater variety of cheeses than in a conventional cheese cake. 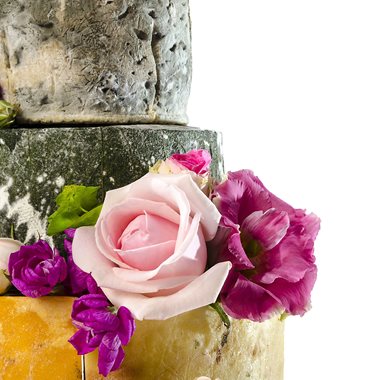 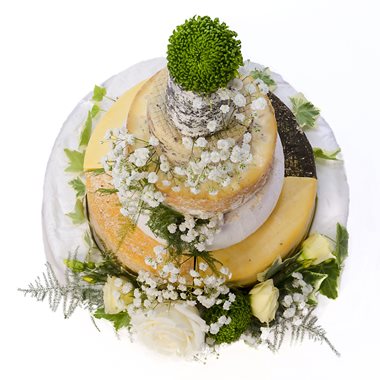 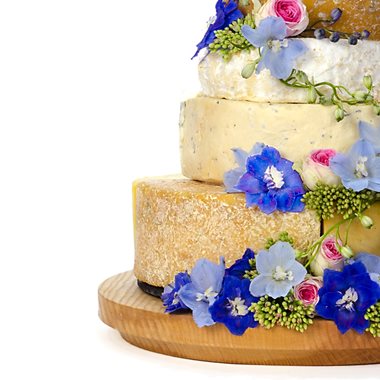