When you're expecting you're naturally concerned about what to eat and what not to eat, and we know that one of the things people worry about ... is cheese. So we've gone to the best source of advice - the NHS - to find out what they have to say on the subject, and we've created a new gift box which follows that advice.

And this advice turns out not to be quite what people think. Unpasteurised cheese isn't ruled out. And neither is blue cheese. The guidelines boil down to three simple rules, all of which apply to soft cheese:

1: Avoid 'mould-ripened' soft cheese. Mould ripened? Don't worry - you know what this is! It's the cheeses with that soft, downy white rind that you get on a brie or a camembert. This also rules out goats' cheeses like White Nancy or Capricorn, and ewes' milk cheeses like Little Ryding.

3: Avoid soft blue cheese. The examples given are all European (Danish blue, gorgonzola, roquefort) - on our shelves this would rule out Blue Horizon and Helford Blue.

So now, there's no need for expecting mothers to go without their Cheese Shed fix ...

And for our Vegetarian Customers ...

This is overdue. Prompted by a very polite but slightly frustrated customer, we've sorted out a way to make it easier for vegetarians (and increasingly there's a lot of you about) to know which cheeses they can eat.

So now, just look for the green 'V' symbol. You'll see it wherever the cheese (or cheeses) use the alternative to rennet. And it's rennet (an enzyme found in a calf's stomach) which is the big no-no. So look for the V  on 'category' pages (like cheddar, or goat), on individual cheese pages like this, as well as in relation to hampers, gift boxes, wedding cakes etc. If there's a V, there's no rennet.

This feels like a step forward. We hope you agree! 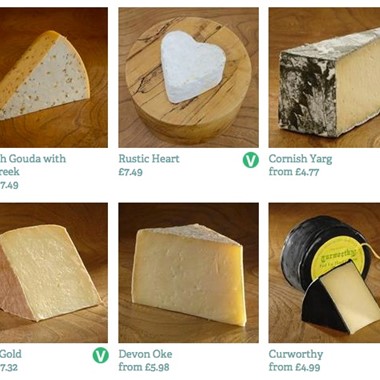 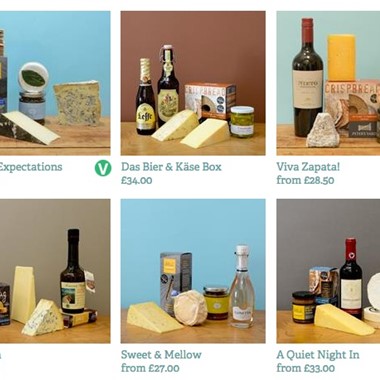 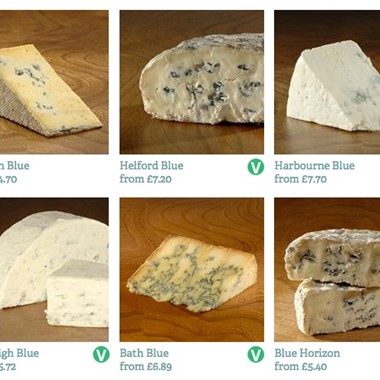