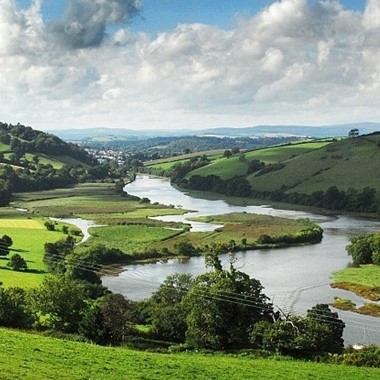 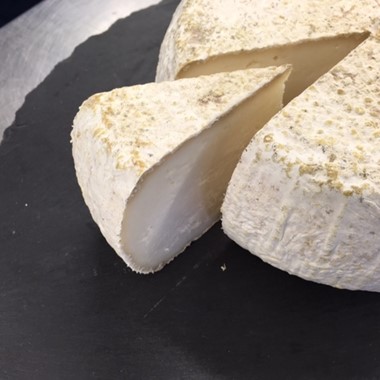 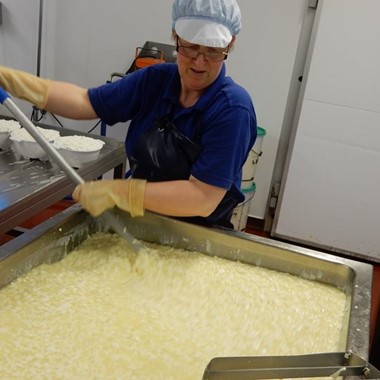 Last week saw me heading down to Sharpham to catch up with Mark Sharman and find out all about their new sheeps’ milk cheese, Washbourne.

Mark has an interesting story. A local boy with a background in dairy farming, he trained as a mining engineer and worked in a Canadian gold mine near the Arctic Circle (!) before returning to run an apple farm on the banks of the River Dart, later taking charge of growing the vines a little upstream on the Sharpham estate. That led on to actual winemaking and running a business that - uniquely, I think - makes both wine and cheese. The core of the cheese business consists of the soft cheeses Sharpham and Elmhirst, Ticklemore hard goat and the ‘semi-soft’ Sharpham Rustic. They all go back to the 1980s, but new things happen too, and that was what my visit was all about.

In the main room at the dairy there was an air of quietly focussed, activity: meticulous work with a lot of attention to detail. By then it was 9.30 and work had started at 6am. The team of five were working through five batches - four different cheeses including Cremet, Ticklemore and a couple of batches of Rustic. Once a ‘make’ starts, it can’t stop - so that’s about 8 hours of continuous activity, which is impressive to start with, and then you’re reminded just how real it is when we say this is ‘hand-made’ cheese. Because there’s no machinery here: what you see is people stirring, mixing, ladling, timing - it’s all about the human hand and eye,and the judgement and skill of the people involved. There’s science, for sure, but it’s an art too. Like I say: impressive!

Washbourne’s their latest - a sheeps’ milk cheese (Mark thinks the interest in these is growing and I think he’s probably right.) Lack of milk was always the problem, but now the same Somerset farmer who supplies the milk for Beenleigh Blue (made just up the road) has upped his production and so Washbourne is go. It’s what we call a washed curd cheese. Technically this means that at a certain point when the curds and whey are separating out, some of the whey is replaced by hot water. That takes a lot of the acidity out, meaning that you can taste more sweetness in the resulting cheese. Dutch Gouda, the alpine cheeses like Gruyere, Emmenthal, Comte - they’re all made this way.

Sharpham’s latest is rich, complex, slightly sweet and we all loved it when it came in last week. Taste and texture-wise it reminds me of the late lamented ‘Tala’ which used to be made down near Falmouth, and it’s quite distinct from the other hard ewes’ milk cheeses we stock. I should say that it’s a gorgeous-looking cheese too - lots of small holes inside, plenty of colour and texture outside.

Win A Box Of Sharpham Cheeses!

As well as enthusing about Washbourne, we've recently featured a lovely recipe using Sharpham's Ticklemore. So we thought we'd give you the chance to sample three of their cheeses. We'll be giving away a box containing 200g Washbourne (sheep), 200g Ticklemore (goat), 200g Sharpham Rustic (cow) along with crackers, chutney and a set fruit preserve to accompany them! Including delivery this would retail at over £35.

To enter the competition, just answer this question:

Q: Which river is next to the Sharpham dairy?

Then email us with your answer. Make sure you us the address competition@thecheeseshed.com, putting Sharpham Competition in the subject line. Entries close at midnight on Sunday 4th June.

Please note that we'll be adding competition entrants to  our mailing list. We hope you'll be happy to hear about The Cheese Shed and what we're up to, but of course you can easily unsubscribe at any time. 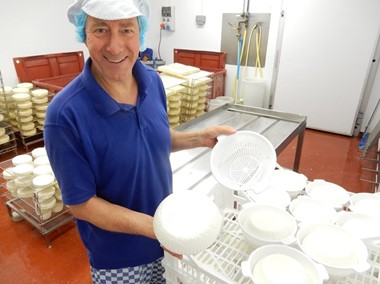 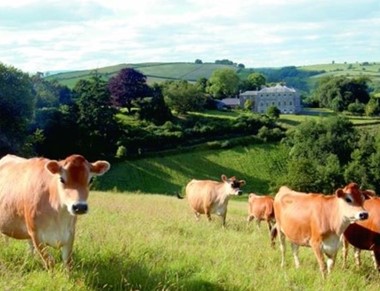 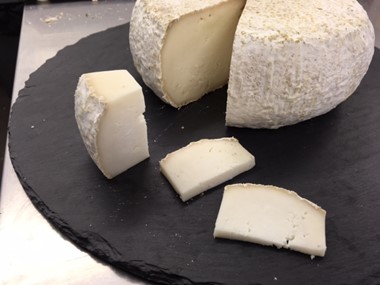