Great Cider From Off The Beaten Track! 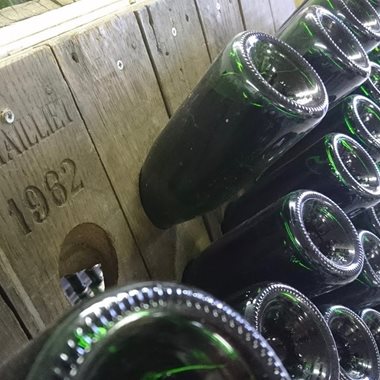 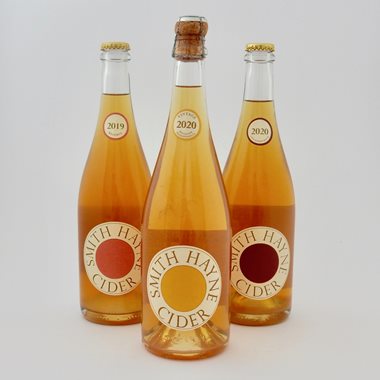 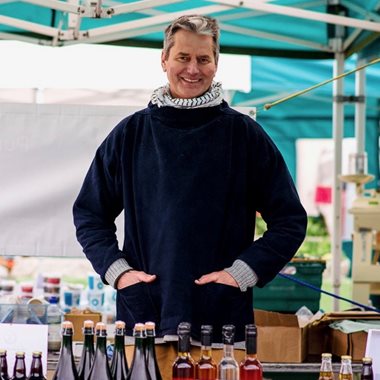 We are just refreshing our coder and perry range. Because although it's good to have things from medium size makers like Sheppey's and Sandford Orchards, I also think we need to be offering drinks from some makers who are the equivalents of the smaller dairies. You won't ever see what they make in a supermarket - the output is small, and driven by a strong sense of mission, about character, quality and probably with an environmental aspect too.

So let me introduce you to three new makers.

Bollhayes Cider is based in the Blackdown Hills in the east of Devon and was set up in 1988 by Alex Hill and his late wife Bee. The cider orchard was planted then and in the early years apples were bought from old orchards on neighbouring farms - today they grow about 60% of their own apples. Cider-making took a break from 2004 to 2013 due to Alex’s ‘day job’ (supplying equipment to drinks producers) but since then he has concentrated fully on the cider.

To start with, nearly all the cider was sold draught, in 5 gallon barrels, but later they moved to making it bottle-fermented and using the champagne method.

Initial fermentation takes place over a few months courtesy of the natural wild yeasts present in the apples - this creates a dry cider. In the spring that gets bottled with a measured amount of sugar and a champagne yeast culture, leading to secondary fermentation. The small amount of sugar is turned into alcohol and carbon dioxide and it is this - trapped in the bottle - which produces the sparkle in the finished cider.

The whole process takes several years; the cider we are currently offering is their 2017 vintage methode traditionelle.

Smith Hayne Farm - at Cheriton Fitzpaine in mid Devon - dates back to 1333 as a working farm and there’s evidence of the existence of traditional orchards as far back as 1867. Today’s 12 acres contain 12 different cider apple varieties which William and Anna Chambers grow organically (though without organic certification), so no fertilisers or pesticides are used.

The pair started making cider in 2011 but have only been selling it since 2017. Using only their own apples, Will carefully creates the ciders using particular blends of apple varieties in carefully-judged proportions. Quite of lot of what they do involves a technique called ‘keeving’ which brings out the natural sweetness of the fruit. There are both ‘pet nat’ (pétillant naturel - naturally sparkling) and champagne method ciders.

The ethos at Smith Hayne is minimal intervention with the crop and making individual batches of cider which will differ from year to year, each one having its own distinctive character. If you'd like to go here, you'll be able to see two 2020 Smith Hayne ciders we have available.

Gould Ciders & Perries is based in Grampound, Cornwall. The Gould family have been making and bottling cider pressed from their three-acre orchard near Truro since 2014, and as of 2020 they’ve been bottling perry too. Their unsprayed orchard boasts something in the region of eighty different varieties from Cornwall, Somerset and, excitingly, Normandy and Brittany.

Jonathan Gould’s twisting path led him through biochemical research, the law and construction - taking in squatting and roadsweeping along the way - finally ending up in Cornwall with apples, pears and the drinks you can make from them. Becoming very interested in heritage varieties, he built up a collection with possibly 150 different apples and pears, including quite a few Breton varieties which like the Cornish climate and all organically farmed (though, like Smith Hayne, he can’t be bothered with the organic certification).

Jonathan sums up his philosophy as “minimal intervention in processing, natural yeasts, no sugar, no this no that and no the other.” He likes to produce one-off batches based round a single variety (or just one or two varieties) in a process that is right at the opposite end of the scale from standardisation. So if you buy a bottle of Gould’s cider or perry, enjoy it - there may never be another one like it!.

We're starting with two offerings from Jonathan: his Whisky Barrel Cider and the Yellow Huffcap and Oldfield Perry. 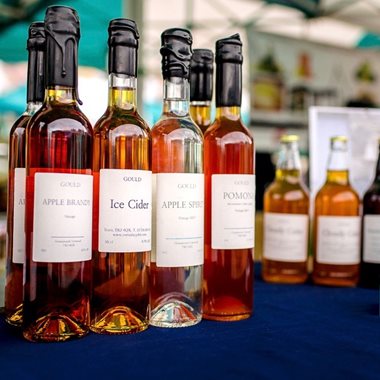 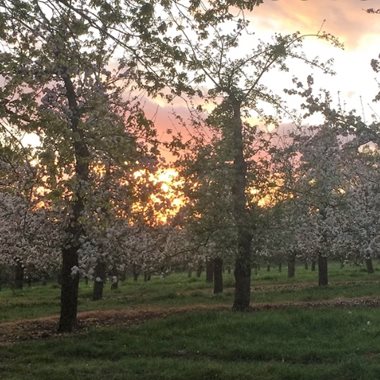 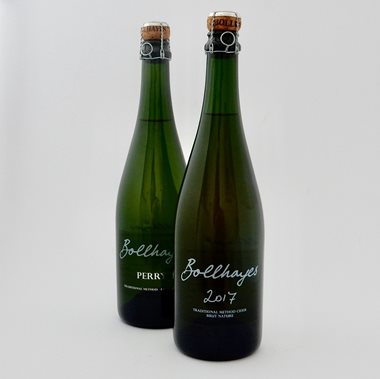