In 2014 we got together with two other organisations here in Bovey - Devon Guild Of Craftsmen and the Contemporary Crafts Festival - to start a new festival in the town. The idea was to create something based around contemporary craft (which the town is known for), food and music. It would be based in the heart of the community and hopefully be a good event in itself, but also contribute towards its economic and cultural vitality (after all, these can be tricky times for small towns). We called it Nourish, thinking that great food, beautiful hand-made things and top quality music are, well, nourishing.

This year saw Nourish no. 4 happening in its now-established slot of the first weekend of September. The format was much as before - a big food festival in the high street, three really good classical concerts plus a mini craft festival too. And what a success it was! The town was absolutely packed all day (good weather helped), traders reported unprecedented sales, there were no major problems and just a lovely atmosphere throughout. As you'd expect, there was cheese amongst the food producers, with Whalesborough Farm Foods (Keltic Gold etc), Norsworthy Dairy Goats and Curworthy all in evidence ... and The Cheese Shed filling the gaps.

What was new this year? Most notably, the Gin Festival! Unsurprisingly, this proved to be a great hit, with a whole clutch of craft gin makers all grouped outside the building which is now the Dartmoor Whisky Distillery. A great draw at the top of town!

My particular part of Nourish, however, is the music, and this year the 'top of the bill' was occupied by a truly stellar musician in the person of Steven Isserlis, playing the much-loved Bach cello suites. That concert sold out a month in advance, and the atmosphere on the night was electric. Noriko Ogawa's piano recital on the saturday night was a miracle of variety; our audience loved her - and in the programme there really was something for everyone (that's Noriko and I in the photo above). In particular, many people said how much they enjoyed the contemporary piece by the Japanese composer Yoshihiro Kanno which included an unusual instrument in the form of ... steel chopsticks! This year's lunchtime show was provided by brass-and-saxophone sextet Superlocrian: they served up a fun and fizzy fifty minutes which was just right for people in the middle of the busy festival day. Three great concerts, three audiences who all had a great time: that's what you're hoping for!

And in case you're wondering, yes, I'm already starting to plan the music for next year ... 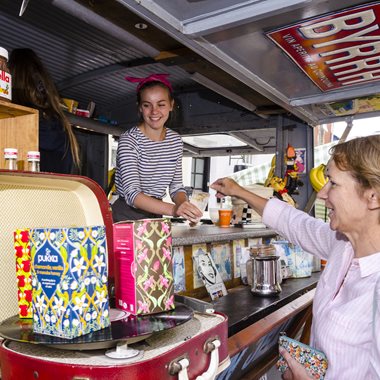 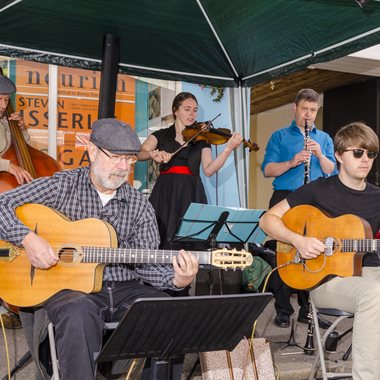 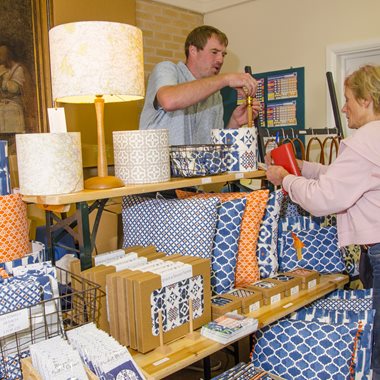