Behind each beautifully crafted cheese we sell there's a name and a face. Because in our world cheese doesn't roll off a production line in some space-age Cheese Production Facility. It hasn't been dreamed up by marketing people or focus groups, and it's very unlikely that any flip charts have been involved.

No, our cheese is made by people - by individuals - who love what they do and what they make. They set out on a mission to make cheeses which made sense in terms of the place they lived, the milk they had access to, and which was - above all - cheese that they liked. So today, meet the makers. Specifically, our Magnificent Seven are the brilliant people who make the cheeses going into this year's Christmas boxes.

Mark Sharman was a mining engineer (!) before going to Sharpham in Devon, where he's thrived at the top of a small but highly-motivated team of people making both cheese and wine. One of the most positive and friendly people you could wish to meet, Mark scooped a Runners-Up award alongside us at the Great British Cheese Awards (we are seen beaming away in the pic above). Sharpham Rustic, Parke and Sharpham itself will all be in the Christmas boxes. Literally just up the hill, Ben Harris (top right) is now in charge at Ticklemore Cheese where he makes Devon Blue, among others. Originally this great blue and its siblings were created by Robin Congdon back  in the 70s - Ben came along as an apprentice to take over from Robin and has ensured that the cheeses are as good as ever!

Some makers were farmers who decided to diversify into cheesemaking. This was the case with Graham Padfield (blue shirt, yellow cheese), based just outside Bath. He's a very principled organic farmer who took the big step of going into cheese in the early 90s, with a soft cheese - Bath Soft Cheese - before branching out into other types. By contrast, rugby player turned farmer Phil Stansfield (bottom left above) makes one cheese and one cheese only, but what a cheese it is - we love Cornish Blue. The most recent arrival in cheese-land is Alastair Rogers (red bodywarmer in the pic). Alastair  was a farmer down near Helston in deepest Cornwall who spotted that there weren't many people making soft cheeses other than brie. He decided to plug the gap with a whole set of wonderful soft cheeses including the washed rind Helford White and the glorious recent arrival, Helford Sunrise.

Finally, two wonderful women makers, from north Devon and north Cornwall respectively. Rachel Stephens (top left in white coat) started out by running a sort of how-to-make-cheese project for Farmers' Weekly that then took on a life of its own - as the original Curworthy cheese led to all sorts of variants, including Dartmoor Chilli. We love Rachel, who, getting on for 30 years down the line, is still making fabulous cheese. Last but not least, we also love the wonderfully bubbly and energetic Sue Proudfoot (blue top in green field) who tried all sorts of things to make a living before (luckily for us) landing on cheese, making Miss Muffet, Keltic Gold and Cornish Smuggler amongst others.

Blessed are the cheesemakers indeed! Because without these brilliant people ... 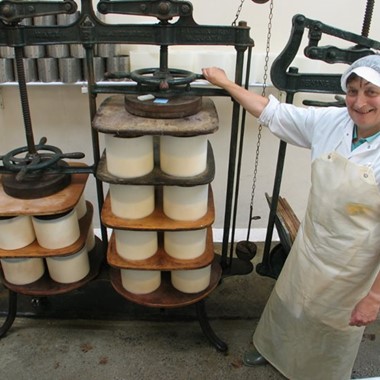 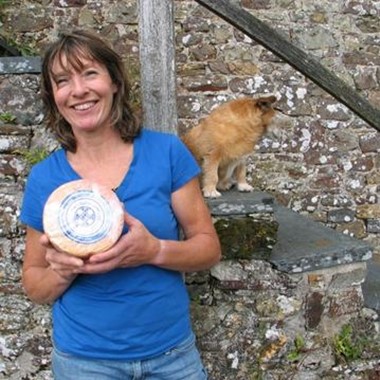 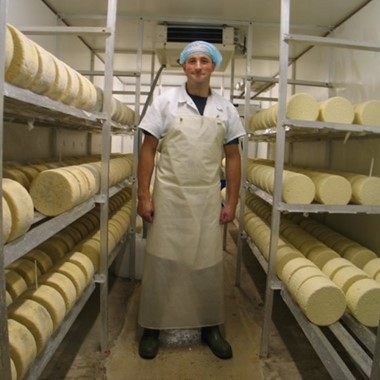