A Good Vintage: And Then We Were Ten

I remember it distinctly. November 2005, a saturday morning. I was at home in Bovey Tracey when suddenly, ping! There it was. The Idea.

Sell Westcountry cheese on the internet.

I had been working as a music lecturer and occasional composer but somewhere there must have been a subconscious desire to do something different. A keen cheese buyer at our local deli, I suspect the two things - a slight dissatisfaction with my situation and a real love of local cheeses - just magically came together.

There were a few problems to get over - no experience in selling anything, never having set up a website, and no particular technical aptitude - but the idea received an early leg-up when I took James Mann, the local deli owner, out for a coffee and a chat. He quickly agreed to help, and after the archetypal steep learning curve The Cheese Shed was born, receiving its first order in May 2006.

Great Cheese From Off The Beaten Track

Ten years on, our ethos is the same as it was then. We’re interested in the beautiful hand-made cheeses from this region (almost everything’s from west of Bristol). It’s ‘great cheese from off the beaten track’. If you imagine one of those cheese shops you might see in rural France or Italy, which only sell the produce of their region, well, that’s us - only here, and online. As well as catering to cheese enthusiasts, we also serve the gift buyer, and look after wedding customers (we’re probably the largest supplier of cheese wedding cakes, with over a thousand going out every year).

It’s an idea built on foundations laid by some truly pioneering people - a group of cheese makers who, from the 1970s, re-started the idea of artisan cheese making at a time when it was at a truly low ebb. Since then there’s been a transformed attitude to food in these islands, and the modern appeal of local food, seasonal food, small producers and organics shows no sign of going away. I love the fact that we’ve been a part of that: we’re out there telling the world about these truly fantastic cheeses, putting the spotlight on the brilliant makers, helping them - and the people who work for them - to thrive. And at the centre of it all is the product, that amazing stuff we sell. As I write we have just introduced something new - the clothbound ewes’ milk cheese from Mary Quicke and her team. Bowled over by its truly extraordinary depth of flavour, I breathlessly tweeted ‘mind blown’. After all this time, it’s still thrilling, still a privilege, to be able to sell something this good.

Landmarks? Well, in 2011 we won the Observer Food Monthly award for Best Independent Retailer, and in our world, this is pretty much like getting an Oscar! James, Gill and I went up to London to recieve the award from Jay Rayner and Thomasina Miers. What a great day, just so encouraging - yes, we thought, we are getting it right.

And in 2012 we bought a bank. HSBC had suddenly closed down in Bovey, leaving a small building up for sale: conveniently right next to James’s shop. Buying it was a stretch, but - wow! - what an improvement on the previous situation, where the business was split between my garden shed and the deli. Moving in really enabled us to zoom ahead. Around the same time, we also created the Cakebuilder. This online tool for designing cheese wedding cakes is still the only one of its kind, and our customers love the fact that decisions about cheese types and sizes, about the colour and proportions of cheese cakes. are entirely in their hands.

It's Not All Cheese,Cheese, Cheese

It’s good to look outside the business too: to try and make a difference. Last year we started asking our customers if they’d give a pound to charity - whatever they give, we’ll match. The response has been incredibly gratifying, and so far we’ve been able to give useful amounts to The Helen Foundation, Farms For City Children and Shelter.

On another front, September 2016 will see the third Nourish festival take place in Bovey. This festival, which we co-founded, features fantastic food and craft events alongside Proms-quality concerts: this year the stunning Calefax Reed Quintet are flying in from Amsterdam, and the iconic Brodsky Quartet will play Schubert’s Death and The Maiden.

Oh, and one more thing: in amongst the food stalls on Saturday 3rd September, you will find some better-than-average cheese. See you there! 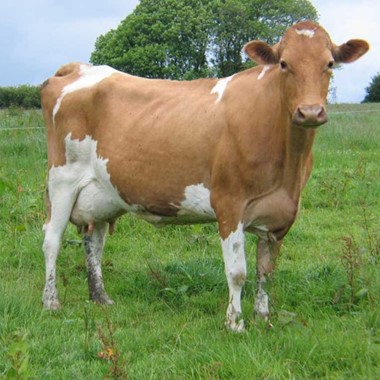 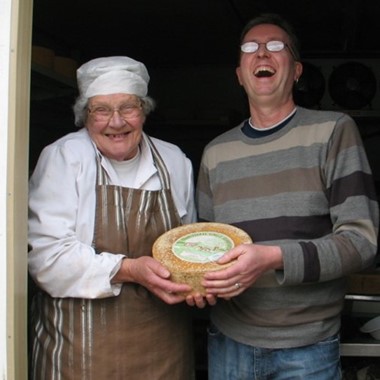 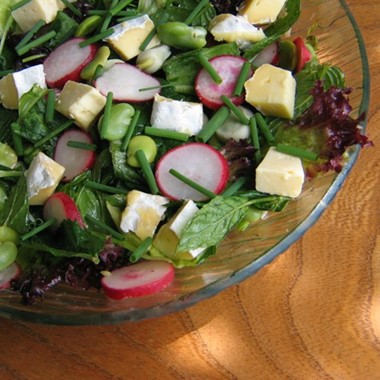