A Dorset Delight, a Blue Brie and a Supreme Champion

I'm really pleased to introduce three new cheeses. Actually, only one is really new. One has been around for a while but somehow dropped off our radar; the other one's at least a couple of years old ... it's just taken us a while to catch on!

Starting with the actual new new cheese, Melbury (top left) is made near Blandford in Dorset by Woodlands Dairy. They're best known for their organic ewes' milk yoghurts, made from their own herd on the nearby Orchid Meadow farm, but at the end of 2017 they started work on a sheeps' milk cheese, based loosely on the French Pyrenean recipe used for Ossau-Iraty. Cheesemakers Hollie Beaumont and Darren Snow have created a creamy, tangy cheese that already has real quality, and I reccomend you try it! An organic cheese, it's matured for 7-8 months.

Years ago we used to stock some of the small bries made by Simon Weaver up in the Cotswolds. I'm not totally sure why we stopped, but anyway: recently we were reminded of them, and one in particular. Cotswold Blue (above, middle) is a blue brie ... it uses the good old pencillium rocquefortii mould familar from other blues ... but as a brie it's unusual. You might well know Cambazola, a German cheese that's widely available, but I'm not sure a lot of people do it here. And just as Smokey Duke recently became our first smoked brie, this is also in a category of one on The Cheese Shed's shelves.

Finally, we stock a number of cheeses made by the great Pete Humphries and his team at Whitelake Dairy near Shepton Mallet in Somerset. He's prolific in terms of trying new things and sometimes it's hard to keep up! Which may be why we failed to pick up on Sheep Rustler at first, though when it scooped Supreme Champion at the British Cheese Awards in 2018, well: that got our attention! Sheep Rustler (first made by chap called Russell ..) is washed rind ewes' milk cheese based on the recipe used for the same dairy's very successful goats' cheese, Rachel. 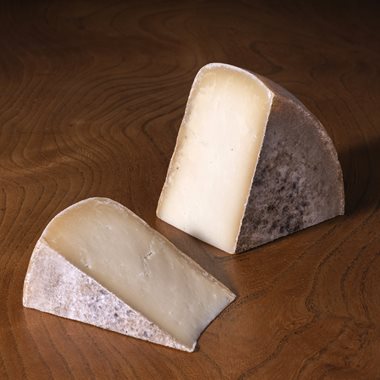 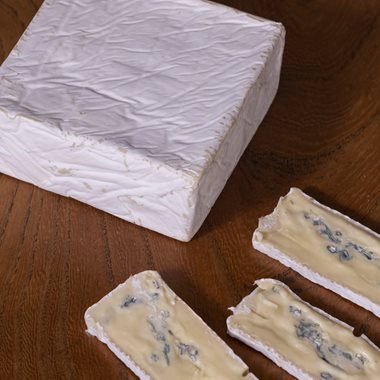 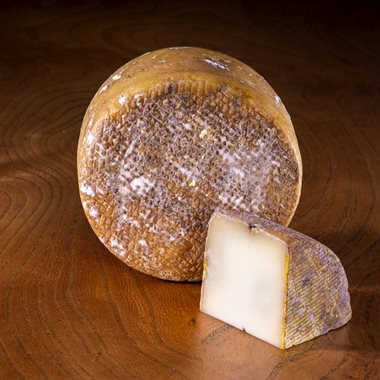