Polmarkyn: It's All About The Goats

A while back there was a week where I visited two dairies that are, I guess, at the opposite ends of what we'd think of as 'artisan cheese' producers. On the tuesday I was at Quickes near Exeter, marvelling once again at the sight of racks and racks of huge 25kg cheddars. Quicke's are about as big as a small dairy gets: it's a big farm, and the family has been there 'since God was a boy', as James would say.

But then I also visited a cheesemaker at the other end of the scale. Polmarkyn Dairy was set up by Katie Wood and her partner Glyn. Hailing from Stroud, where Katie worked as a cheese-maker and Glyn was a mechanic, they shared a dream - to start their own smallholding. The search for a suitable (and affordable) property led eventually to 18 acres just off the south-eastern corner of Bodmin Moor in Cornwall.

Along the way they acquired three 'mongrel' goats and ... that was it! The discovered they loved working with goats ("they're all characters") and so goats it had to be. The dairy really got going in 2016, an today they produce milk, yoghurt and cheese - all unpasteurised - from a herd including about 20 milkers, and each of which they know by name.

There are three cheeses at the moment, all soft, all of the 'mould-ripened' variety (i.e featuring the white downy rind you'd know from bries etc). Polmarkyn White is the 'plain' one, then there's Polmarkyn Blue - with just a very light and subtle amount of bluing visible when you cut through it - and the ash-dusted Polmarkyn Grey. They're more different than you might think! For example we've found that the White has a firmer, more crumbly texture than the Blue, which tends to be a bit more gooey inside (in a good way, of course).

Katie and Glyn had always wanted to farm, to produce dairy products - and now they're doing it. It's not an easy road - especially given their wish to produce raw (i.e unpasteurised) milk and cheese, but they're clearly very determined people - and we're delighted to see these new handmade cheeses coming from Cornwall! We wish them every success. 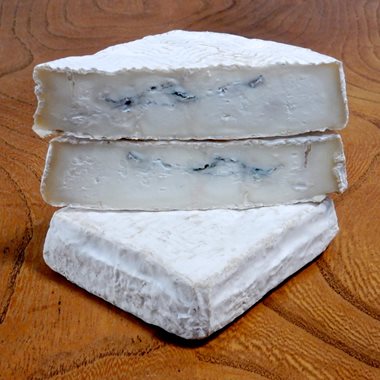 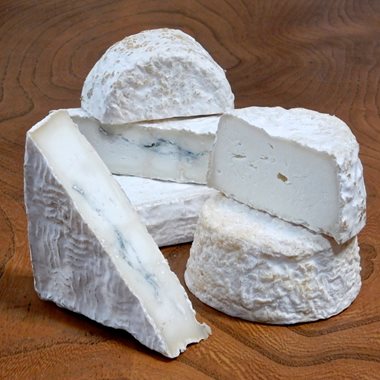 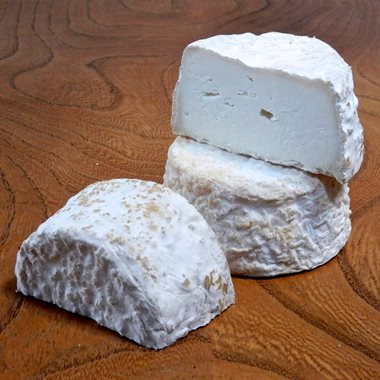