Like everyone else, we need to try and address plastic use. 2018 seemed to be the year when - helped a great deal by David Attenborough - we started to wake up to the impact of all that throwaway single-use plastic that surrounds us. The debate has thrown into sharp relief the degree to which plastics have become integrated into the world we live in, and has created a challenge for consumers and businesses alike.

People have said that we should tell you where we’ve got to on this. After all, if we don’t, then how do you know whether we’re addressing it or not? So the story I have to tell is a work-in-progress, which includes some things that have been quite straightforward, along with other areas where there are much tougher nuts to crack. And if, as you read this, you have any good ideas that would help us reduce plastic use still further, we’d love to hear about them. Here goes.

This one hasn’t been too difficult, because most of the year we use waxed paper to wrap the cut cheese pieces we send out. Waxed paper is smart, it’s good for cheese and … it’s not plastic. However, if you really want to exclude air from cheese (in order to keep it moist and prevent mould growth) it has to be said that clingflim does a better job. So we’re still using it in our store - to look after cheeses that have been cut.

In addition - as you may have noticed recently - we do still use it at Christmas, and there are two reasons for this. One is that, especially where there’s a weekend between delivery and Christmas day, the cheese is going to hang around for quite a while before it’s eaten - so we feel like we need to keep the air out as well as we possibly can. It’s fine for us to say that mould is harmless, but no-one really wants it on their Christmas cheese …

The other thing is that wrapping in waxed paper is much more time-consuming than using clingfilm. We’re generally happy to take the time and do it, but in that pre-Christmas week the workload is pretty extreme; a massive challenge, in fact. If we used paper we couldn’t cope - so in that week only, we compromise and use clingfilm for all cut pieces.

‘Void fill’ covers the various different things that we use to pack out boxes in order to protect the cheese and stop it moving around in transit. Here the story is quite good, I think, since we have several good options, all of which are quite eco-minded. Gift boxes will generally use ‘wood wool’, i.e wood shavings, which look good and are perfectly compostable. You may also have seem some funny little s-shaped chips that might look like polystyrene but are actually called ‘Ecofill’, and made of corn starch. We shred all our waste paper, and sometimes that gets used too.

I should say that we sometimes recycle packing materials that have come to us. So if your box contains some plastic material with those big air pockets, well, we haven’t bought that, we’re just re-using it - a better option than just sending it straight off to landfill.

Where glass is involved - jars or bottles - these need an extra level of protection. For wine bottles we have some terrific ‘clamshell’ protectors made out of pulped paper (like egg boxes). However, that still leaves smaller bottles (beer, for example) and jars, and to date we haven’t found anything better for these than bubble-wrap. We use bio-degradable bubble wrap (you can spot this by its green tint), which is good, but ideally it would be nice to find an alternative. Is there one? We’ve looked at a couple of possibilities which use the idea of ‘expanded paper’ but to be honest we just didn’t think they would work.

Our boxes are all cardboard so fine for your recycling. So that’s a nice easy one!

still working on it: sticky tape and plastic bags …

Here it gets trickier. We use plastic bags for two things. One application is to contain the ice packs used in warmer months (these can include a little exterior ice which can melt in transit - we want to keep the water away from whatever it is we’re sending). We’ve got a stock of bags which we’re working through at the moment; when we re-stock it’ll definitely be with biodegradable ones.

A bigger problem is the courier bags. Our courier, APC, supplies its own bags for us to use with smaller orders. There’s a practical aspect to these - they keep what’s inside clean and dry - but also, APC, like other couriers works its pricing around the bags. So there’s a small bag and anything that fits inside that costs £x to send. Then there’s a slightly bigger one, and anything that will go in that costs a bit more.

The difficulty is that we have to use APC’s bags. I would absolutely love it if they could supply biodegradable bags, and I can’t help thinking that it would be great publicity for them, too. They’re a really good company to work with: why don’t they take a step ahead of the competition?

Finally, adhesive tape is something that, if I’m honest, has only just been raised in conversation here. So if anyone can recommend a practical and affordable alternative to plastic tape, available in small and large sizes, we’d love to hear about it!

Hopefully this shows we’re trying and maybe not doing too badly. But I’m genuinely interested in suggestions that will help us improve, ideally where you have first-hand experience of a product and know it does the job.

So: do you know a really good alternative to bubble-wrap or sticky tape? I’d love to hear about it. Where possible, we like to work with ethical and/or environmentally-minded companies - The Phone Coop and Ecotricity are suppliers of ours - and we want to be responsible if we can.

The toughest nut to crack is really our courier and their plastic bags - which, as I say, we have to use. It would be great if they’d do something on this but as just one little company we don’t have much clout. I can only hope that other APC customers are making their voices heard too …

I posted this on social media on January 19th:

"A small indication of how tricky it is for businesses to replace plastic, even when they want to! This week my colleague James brought in a bag which his National Trust magazine had come in. Made of potato starch, apparently. Great, I thought! Let's try and get some to replace our plastic bags (which we use to put the ice packs in, which keep the cheese cool in transit).

After a bit of fruitless online searching which failed to find a supplier, I rang the NT and spoke to a very helpful lady who gave me the name of the company that makes their potato starch bags. Later on I managed to speak to this company, Alfaplas, and it turns out they make the film, which is then made into bags by another firm. All of which sounded very promising, but ... it turned out the minimum order was 30,000 bags. Now, even if we could afford to buy that many (and had space to store them), we wouldn't be able to use more than a fraction of the bags before they deteriorated. The guy at Alfaplas was very friendly and helpful, but wasn't able to point me to anywhere that I could get modest quantities of potato starch bags in set sizes off-the-peg.

I guess that at some point it'll be possible for smallish business like ours to get this sort or product but at the moment ... it's frustrating!" 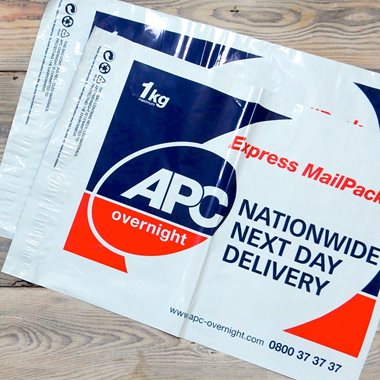 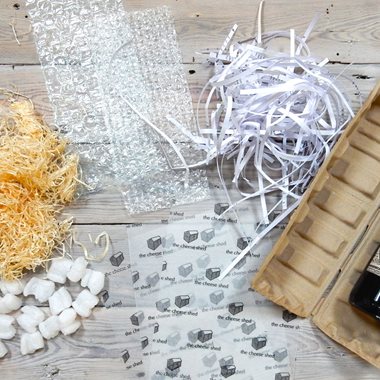 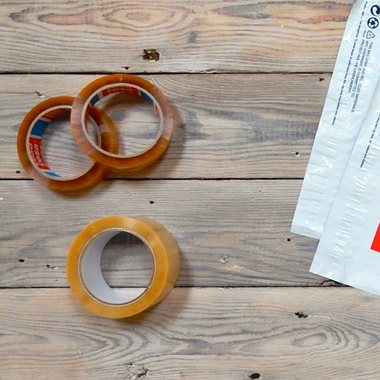