Caerphilly! A Short Introduction To A GREAT Cheese 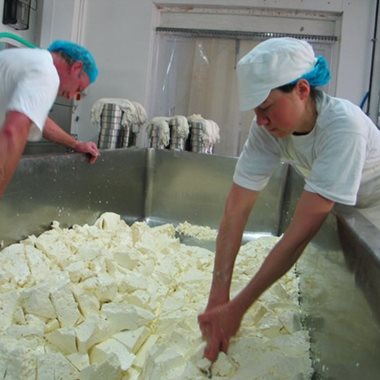 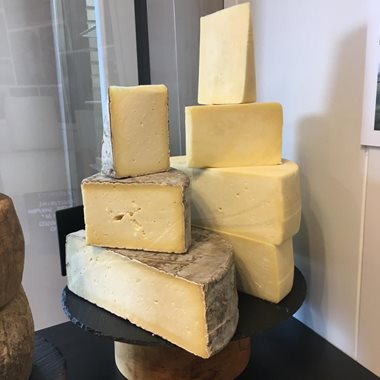 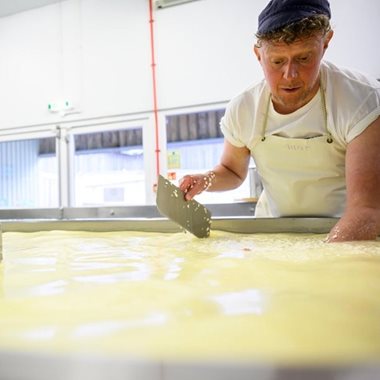 Caerphilly is salty, moist, very savoury and perhaps with a lemony touch to its flavour. Texture-wise it will be light, not dense - at the soft end of hard, you might say. Confusingly, it may or may not have a rind, which we will come back to below. It’s always a young cheese, at the most a few months old.

A Welsh cheese, popular with the miners in the nineteenth century, caerphilly production took a dip when the railways came in. Suddenly markets opened up for milk further afield, so many farmers dropped cheese making altogether. Which is why, in the twentieth century, cheddar makers in Somerset started to take up caerphilly making. With a main product that took many months - perhaps more than a year - to reach maturity, a cheese which could be sold at only a week old had obvious appeal. When a quick return was needed, caerphilly was just the thing, so a number of dairies in Somerset would make both cheeses. Paddle steamers going back and forth across the Bristol Channel to Wales made it easy to get caerphilly to where the demand was.

One of those Somerset dairies belonged to the Duckett family of Wedmore, who started making it in the 1920s (and when The Cheese Shed started, Chris Duckett was still doing it). But things hadn’t been easy for caerphilly producers along the way. The dairy industry was taken under central control during World War 2. This lasted into the 1950s: many farms were directed to concentrate on milk, or send their milk to big creameries, added to which - soft cheeses and young cheeses (including caerphilly) were banned since they were considered not to keep well. Many never recovered, but the Duckett family did get to resume production once they were able to, becoming one of a tiny number of authentic producers remaining.

When the movement to preserve and celebrate Britain’s great cheeses - spearheaded by Randolph Hodgson of Neal’s Yard Dairy, James Aldridge of Beckenham and monocled ex-army major Patrick Rance - got under way, Duckett’s - rare survivor of an earlier cheese age - was quickly ‘discovered’ and demand started to grow. Chris Duckett died in 2008 but nearby Westcombe Dairy (where he had been making his cheese in the final ten years or so) have carried on and it is still available today.

Happily, there are another couple of chapters in the Duckett’s story. An apprentice of Chris’s, Todd Trethowan - who had also worked at Neal’s Yard Dairy - set up with his brother at Gorwydd in south Wales. Gorwydd Caerphilly has gone on to be very successful, even getting into the top 16 at last year’s World Cheese Awards. Now made near Weston-Super-Mare, Gorwydd follows an idea associated with Neal’s Yard - where the cheese is aged for a few months, developing a rind and with a developed flavour We stock two caerphillys in this style: Aged Duckett’s Caerphilly and Gorwydd Caerphilly, alongside the more traditional young cheese, Duckett’s Caerphilly itself.

One final part of the caerphilly story (so far, anyway) started in east Cornwall in the 1980s, when farmer Allan Gray, having found a historical reference to cheeses wrapped in nettles, decided to have a go, using an adapted caerphilly recipe. To name the resulting cheese, he simply reversed the letters of his surname and Cornish Yarg was born. 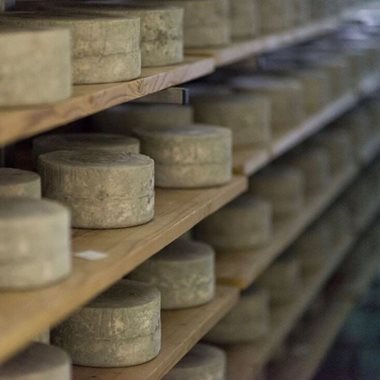 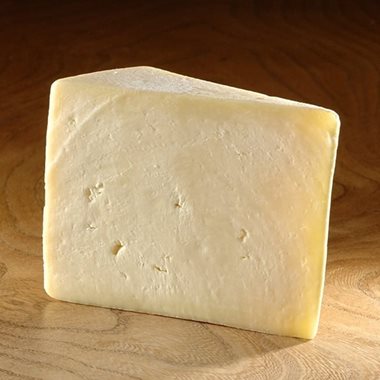 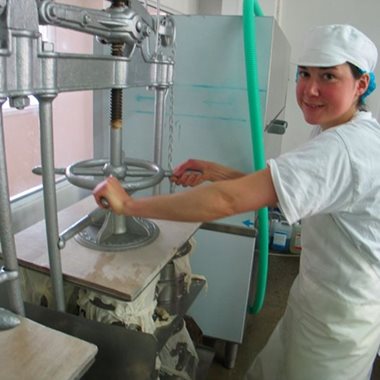