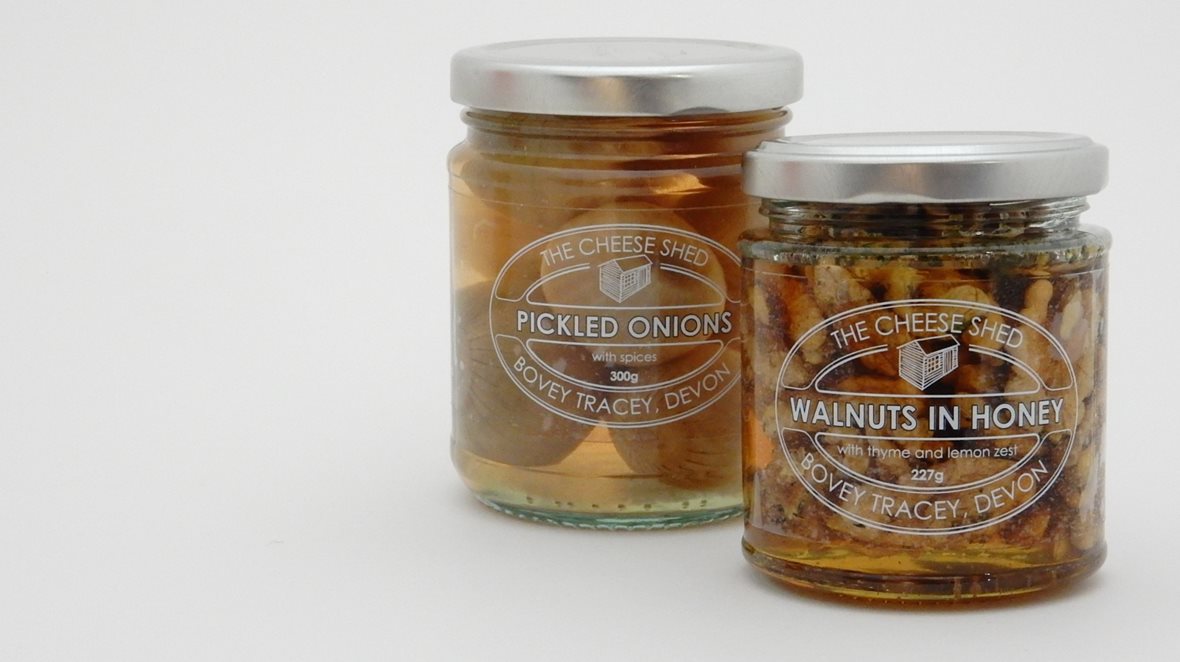 At The Cheese Shed there are just a very few things that we have made especially for us. These have come about because we just couldn't quite find what we wanted, so needed to work with a producer to get some made and fill the gap.

One is a soft fresh cheese in three versions - Parke, Pepperdon and Drogo (depending on what it's flavoured with). Another is the jars of rather special Cheese Shed Pickled Onions made by Dave Cartwright who works here. Dave was very sniffy about the pickled onions we were selling, and insisted he could do better - once we'd tried them we had to admit he was right. In his version they benefit from a little mixture of spices, which we love.

Now here's the latest of these 'exclusive' products: The Cheese Shed's Walnuts In Honey. Some time ago I was talking to Clare Gault, the brilliant chutney, marmalade and jam maker who gave here name to Clare's Preserves, and who lives a stone's throw from here. "What", I asked her, "could you make for The Cheese Shed that would be ... different?" She wasn't sure at the time, but later on turned up with an idea. Did I know that in Greece they were very keen on walnuts in honey as an accompaniment to cheese? Well, I didn't, but she had come equipped with a little tester jar for us, which we tried with various different cheeses. Lovely, was the unanimous verdict.

The honey was easy, since Clare had a good source of that from hives located on Dartmoor (which we're just on the edge of). Locally-grown walnuts proved a bit trickier, but as if by magic we suddenly heard about a couple who had an orchard-full of walnut trees just near Shaldon, about 10 miles away. All that remained was for Clare to lightly roast them and then pour in the honey, together with a little thyme and lemon zest.

They arrived yesterday (Thurs 22nd) and have already created quite a bit of interest. Take a look at them here and see what you think! 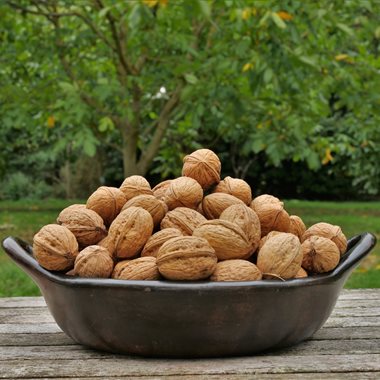 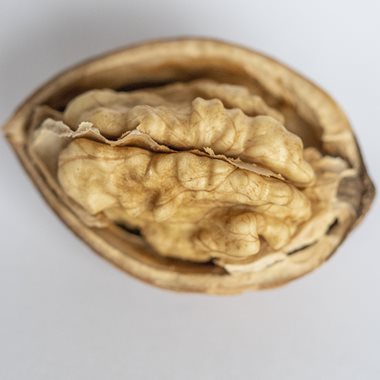 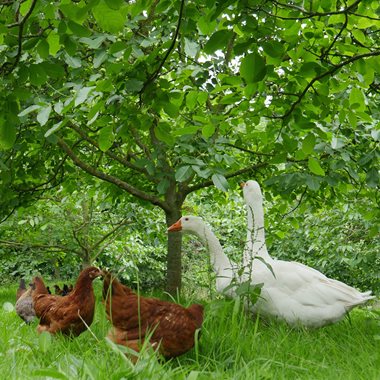