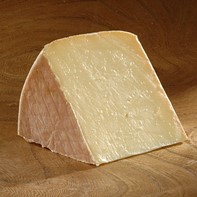 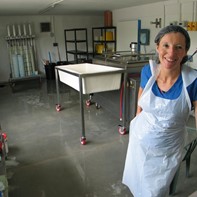 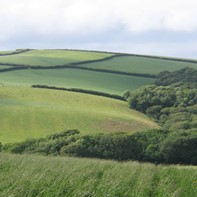 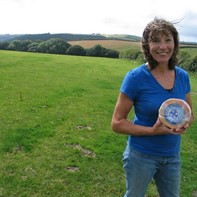 Also sold at Fortnum and Masons and top cheese retailers Paxton and Whitfield, so if you assumed that this cheese from Sue Proudfoot of Whalesborough Farm in Bude, Cornwall, has real character and quality, you'd be right!  It's pungent, earthy and soft, its rind washed with local cider. 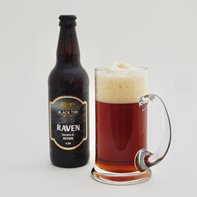 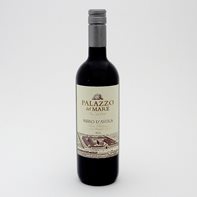 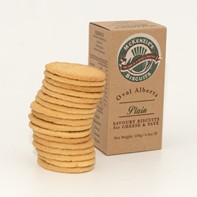 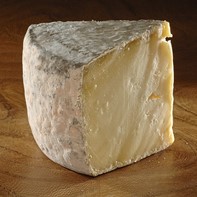 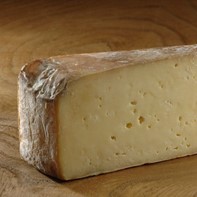 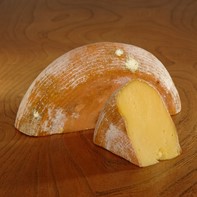 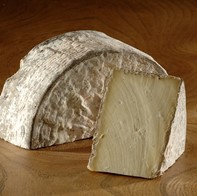 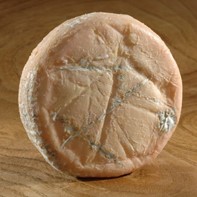 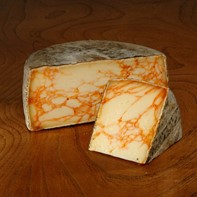 Sue had done a bit of everything - taking free range eggs around Bude in a pushchair, milk churn painting, special needs work, sheep breeding... then one day about 10 years ago she turned to cheese. And I suppose that's when she found her vocation. Because she's come through the tough learning process as a hugely skilled cheesemaker, good enough to supply Paxton & Whitfield, good enough to supply Fortnum & Mason, and good enough to win Best Modern English Cheese at the 2009 British Cheese Awards (for Cornish Crumbly) and Best Modern Cheese at the Nantwich International Cheese Show 2013 (for Miss Muffet) - in fact, all of her cheeses have received awards of varying levels at different cheese shows.

Her cheeses are all closely related, with the recipe varying for each. Miss Muffet uses the washed curd process which produces a sweet, supple

cheese. For Keltic Gold, she takes a Miss Muffet and washes its rind with Countryman Cider (also from Cornwall) three times a week for five weeks. Tedious, but the result is a real connoisseur's cheese.

Cornish Crumbly's curd is left much more undisturbed (i.e it's not cut or broken up into small pieces) resulting in a chalky texture and lively taste, "a bit like a creamy Lancashire", says Sue.

Finally we have Cornish Smuggler - a striking cheddar style cheese with beautiful orange veins, created by the vegetable dye annatto. Smuggler is a sweet, buttery, creamy cheese which we think looks absolutely amazing on a cheeseboard.

Originally based on the family farm - Whalesborough Farm - near Bude, success produced a need for more space, so she moved into a new dairy in 2009, still only a few miles from home.