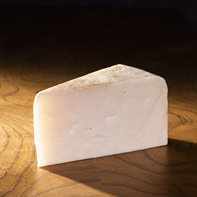 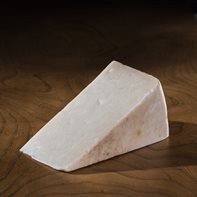 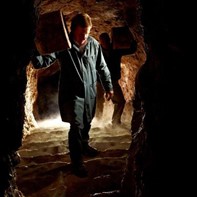 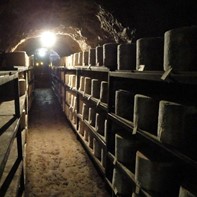 Ford Farm - whose cheddar is matured in the Wookey Hole caves - also produce a goat's milk version. The making process is very much as per cheddar so the style of the cheese follows on from that.

The makers describe this as 'mild'... we would see it as being somewhere in the middle of the mild-strong spectrum; what it does have is a very delicious flavour all its own and a light, open texture - a slice of the cheese will easily break open and fall apart under your fingers.

On the continent there are well known caves where famous cheeses are matured - Kaltbach, Roquefort - but Ford Farm are the only people doing it in the UK. 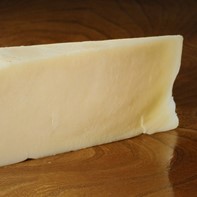 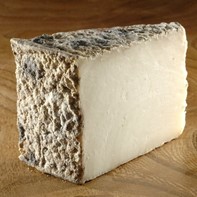 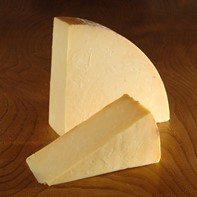