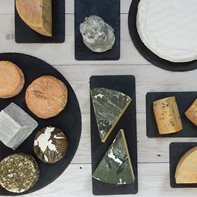 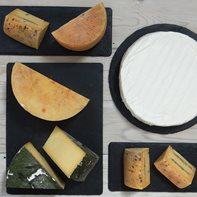 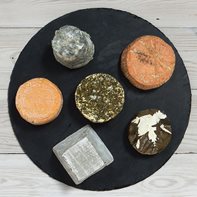 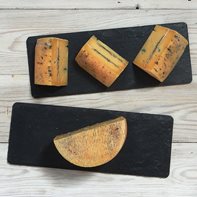 Feeding 50,75 or 100 people, Tradition+ is a cheese table based on a foundation of crowd-pleasing firm favourites - with the addition of just a few quirky extras to keep your guests interested!

The core cheeses are cheddar, blue and brie are - in the very reliable forms of Quicke's Cheddar, Cornish Blue and Cricket St Thomas Brie. To that we add a modern National Treasure: mellow, beautiful, nettle-covered Yarg.

So what's the 'plus'? Four or six (depending which you version you choose) small alternative soft cheeses - each one different - which will add to the gaity of the occasion with their varied shapes, colours and of course flavours. 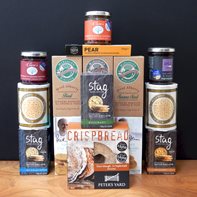 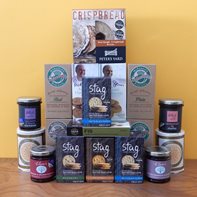 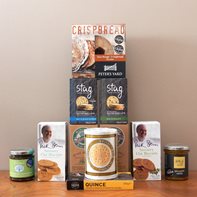 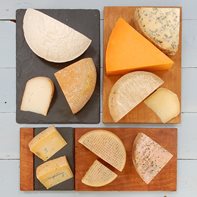 The 50 version has about 4.6kg cheese

The 75 version has about 7.2kg cheese

Cornish Blue: At the soft end of hard blues, this is just one of our favourites. A past winner of the 'Supreme Champion' accolade at the World Cheese Awards.

Yarg: If we're honest this is not strictly traditional - but it has become something of a national treasure

since it was introduced in the 1980s. A beautiful mellow favourite which looks great in its coat of nettles.

'Plus' a few unusual extras:

The 'plus' bit of Tradition+ is the 4-6 soft cheeses we add to the above. They're all non-brie types which will just add something excitingly different to what's on offer. As well as tasting great they will look great on your cheese table.

The 50 version features: Dorstone, Solstice, Helford Sunrise and either Parke, Pepperdon or Drogo.

The 75 version has: Pavé Cobble, Solstice, Eve, Helford Sunrise and either Parke, Pepperdon or Drogo.

The 100 version is as per the 75 but with the addition of Dorstone.