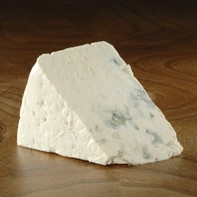 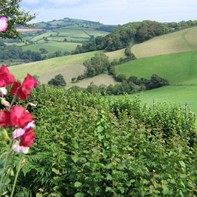 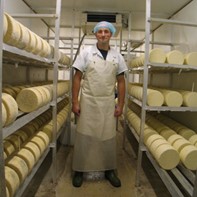 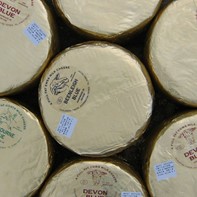 Powerful blue goats cheese with a creamy, melting texture.  Made by Robin Congdon on his farm overlooking the River Dart, this is one of the superb family of Ticklemore cheeses that includes the Devon and Beenleigh Blues.  Robin  - who runs the excellent Ticklemore Cheese Shop in Totnes -  used also to make Ticklemore goats cheese, but this has now been handed over to the neighbouring Sharpham dairy. 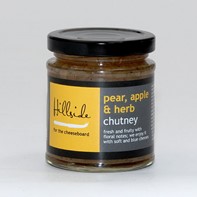 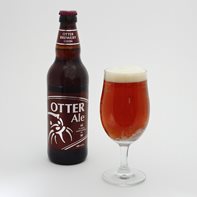 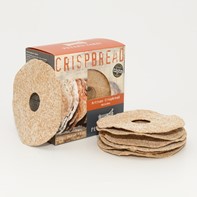 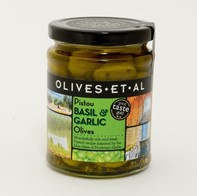 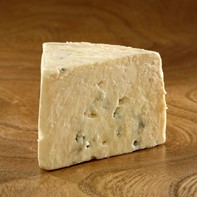 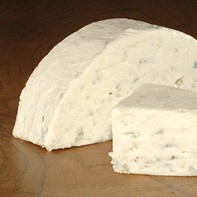 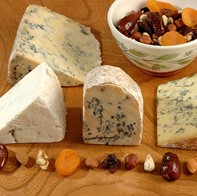 A mile or so upstream from Sharpham's Dairy, and perched up on a hill above the River Dart, you'll find a neat group of wooden buildings. One is the Ticklemore Cheese dairy. Another is where Robin and his partner Sarie Cooper live. Back in the 70s Robin was farming sheep on this land. No-one else was milking sheep ... so he decided to start. Making yoghurts led on to cheese, and a determination to make something inspired by Roquefort, the French ewes' milk blue matured in caves.

30 years on, the famous Beenleigh Blue which resulted from these experiments is matured in what Ben Harris - now in charge - does actually call the cave. With it's running water and constant fresh air flow, it's an attempt to mimic the conditions you'd find underground. And it must be working, because Beenleigh and its siblings Harbourne Blue (goat) and Devon Blue (cow) are blue cheeses that bear comparison with the best of the best, and indeed Ticklemore is a place of pilgrimage for aspiring makers from across the world.

Incidentally, a few years ago we sent a box of about 10 wonderful cheeses to UKTV's Local Hero show, hosted by Gary Rhodes and Michael Caines (we were in the regional final). Which two cheeses did they pick out for praise? Ogleshield and ... Beenleigh Blue.