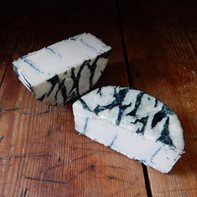 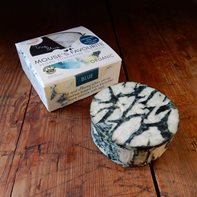 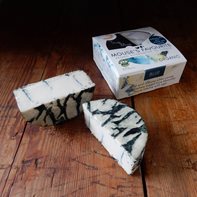 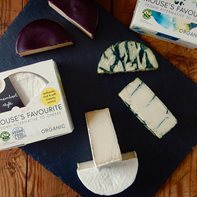 Mouse's Favourite started in 2017, with the aim of creating the best vegan cheese they could, created simply and from good ingedients. Only cashew nuts, salt, water and starter bacteria are used. There is no added flavouring; the cashew nuts are organic and ethically sourced.

Conventional cheese is the inspiration, and this blue has, running through it, blue veins created using a similar type of mould to regular blue cheeses. The blue also makes a spectacular pattern on the surface.

These Mouse's Favourite cheeses look great and would hold their own well on a cheeseboard - they're ideal if you have vegan guests or family members who you want to feel included! Each cheese weighs around 135g. 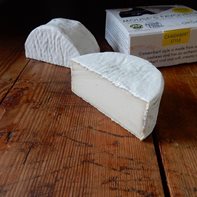 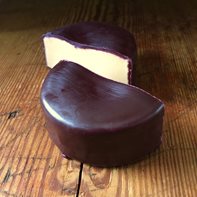